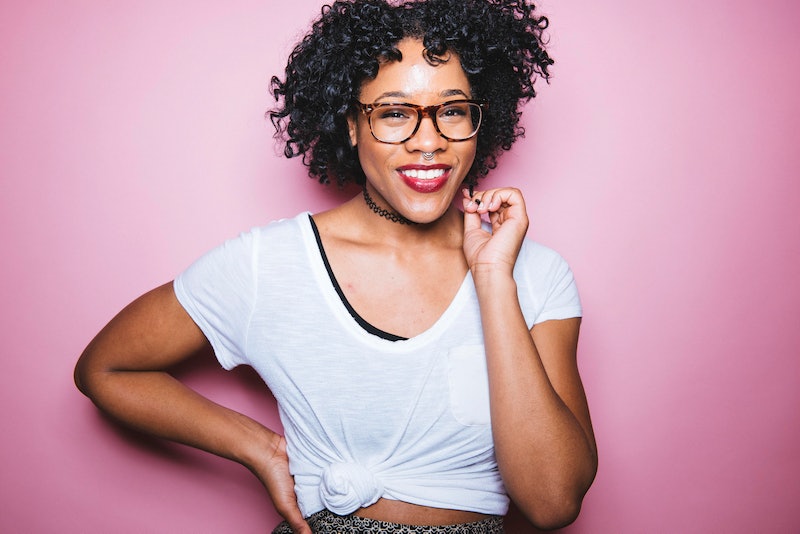 For many, Donald Trump being elected president after his polarizing campaign came as a total shock — and many women are starting to question whether they'll have continued access to birth control. That's why the Thanks, Birth Control campaign from The National Campaign to Prevent Teen and Unplanned Pregnancy feels especially powerful today. They're encouraging people to share why they're thankful for birth control with a selfie or a story and the hashtag #ThxBirthControl.

The National Campaign to Prevent Teen and Unplanned Pregnancy recently released a study called Everyone Loves Birth Control (ELBC), which breaks down the demographics on who supports birth control. According to the study, the majority of Americans do support it, but think access or education is limited. It's so important for people to understand the importance of birth control in women’s lives and fight for it’s continued accessibility. Whether you donate to Planned Parenthood (perhaps in Mike Pence’s name) or volunteer to help safely transport women to abortion clinics or share about the long-term effects of an IUD, it’s so important that women support each other and do everything in their power to maintain rights.

Birth control has been empowering women to have fulfilling sex lives without the risk of getting pregnant for over a 100 years — and one president-elect probably shouldn’t have the power to reverse years of progress. The many benefits of effective, educated birth control are undeniable. To celebrate the wide variety of uses for birth control — like preventing unplanned pregnancy, easing intense period symptoms, and regulating symptoms of hormone imbalances and syndromes like PCOS — #ThxBirthControl is taking over Twitter. Here 15 reasons people are saying #ThxBirthControl.

1. You Can Decide What's Right For You

2. You Can Support Your "Radical Ideas"

3. You Can Ease Endometriosis

4. You're Empowered To Say If AND When

6. Your Cramps Aren't A Joke

7. You Have A Higher Chance Of Having A Stable Family

8. It Let's You Take Control Over Important Decisions

9. It Reduces The Number Of Abortions

10. It Gives You More Opportunities

12. You Can Regulate Your Periods

14. You Can Have Clear Skin

15. You And Other Women Stay In Control Of The Future

Thanks birth control, for empowering women to be sexually active and maintain control of their future, while helping countless people with various period-related illnesses.