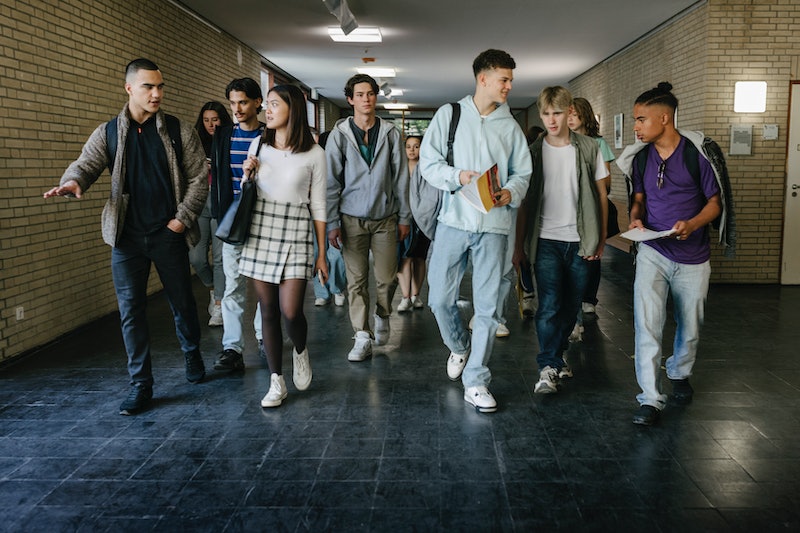 If you remember struggling to scrape yourself out of bed as a teenager, and stumbling bleary-eyed into homeroom, still half-asleep, the findings of this new study won’t surprise you one bit: New research suggests that high schools should have later start times because most teenagers are literally incapable of performing at their best early in the morning. The study found that the issue isn’t just that teens don’t get enough sleep — it’s that they simply don’t function well before about 8:30 am.

This isn’t the first time that scientists and parents have argued for later start times for adolescents and teenagers. In 2014, the American Academy of Pediatrics issued a statement calling for middle and high schools to start no earlier than 8:30 am, arguing that the delay would allow students to get the 8.5 hours of sleep that kids that age require. Research has shown that when teens don’t get enough sleep (and most of them don’t), they are at increased risk of depression and obesity and are more likely to get into traffic accidents. When they do get enough sleep, their grades and standardized test scores go up.

Right now, fewer than 15 percent of public high school students start school, as recommended, at 8:30 or later. A 2011-2012 survey from the National Center for Education Statistics found that just over 85 percent of high school students start before 8:30 — and that almost 10 percent have to be in the classroom before 7:30. (Ugh, my brain hurts just thinking about that.)

A new study out of Boston Children’s Hospital supports the claim that high school students should sleep in and start school later. Researchers surveyed over 2,000 students at high schools in Fairfax County, Virginia, about their sleep habits. Interestingly, they found that when it came to students’ wakefulness and ability to perform throughout the school day, the issue wasn’t actually how much sleep the students were getting — it was when the students were sleeping.

Everyone has his or her own circadian rhythm — the internal body clock that tells people when to be asleep and when to be awake. Those rhythms are impacted by external factors like sunlight and blue light (that’s why you should put your electronics away before bed), but we all have an ingrained schedule for sleeping and waking, as well as when we feel most awake or sleepy. We often use terms like “night owl” and “morning lark” to separate out people with different schedules, but those terms really refer to what researchers call “chronotypes.” Some people tend to be more awake in the morning, some in the evening, and so on.

Sleep researchers have found that those tendencies toward “morningness” and “eveningness” change throughout our lives. Children tend to be alert in the mornings, but that alert time tends to shift toward evening as they grow into adolescence and their teen years. When people grow into old age, they tend to shift back toward “morningness.” Teenagers are notorious for sleeping late, but that’s not just laziness — for teens who are “night owls,” their bodies want to go to bed late and sleep late. When schools require them to be in class by 7:30 am, they’re being asked to override their bodies' natural rhythms. Dr. Judith Owens, the study’s lead author and director of sleep medicine at Boston Children’s Hospital, explained to The New York Times,

[I]t’s not only how much you sleep, it’s when you sleep and how impaired you are by sleepiness. It’s like requiring an adult to get up five days a week at 3 a.m. — that’s their circadian trough — for adolescents to be expected to get up and function at a time when their circadian-driven alertness is at its lowest point in 24 hours.

Night-owl teens that have to be up and at school when they’d rather be in bed struggle with “self-regulation,” the ability “to alter thinking, emotions, and behaviors to meet varying social demands.” The ability to self-regulate is crucial for people as they grow up. According to study coauthor Robert Whitaker, a professor of public health and pediatrics at Temple University, “Children and adolescents with better self-regulation have better physical health, mental health and financial security as adults.” Letting teens get the sleep they need — when they need it — thus isn’t simply a short-term issue. It’ll have a real impact on their futures as adults.

More like this
What Dreams About Being Lost Mean, According To Experts
By Carolyn Steber
An Honest Review Of The TikTok-Famous WalkingPad
By Kaitlyn Wylde
5 Crystals To Lower Your Anxiety
By Megan McCarty
5 Crystals To Manifest Better Sleep
By Megan McCarty
Get Even More From Bustle — Sign Up For The Newsletter