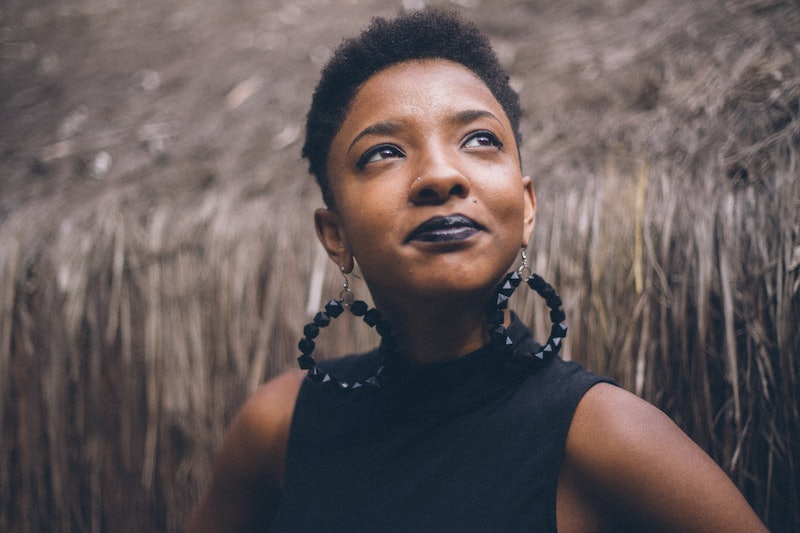 The day after the election, I donated to Planned Parenthood. It wasn’t the first time I’d done that — they were my primary healthcare provider in the years that I had no money and as soon as I could, I made sure to give back at least a little — but on November 9, that donation didn’t seem like enough. While I think we’re absolutely right to fear what’s going to happen to any organization that protects a woman’s right to choose under the Trump administration, Planned Parenthood is a megalith. It has massive support from all corners of the country.

So that got me thinking — what are the smaller organizations I could support right now, the ones that are even more marginalized but doing good work on the ground? What are the organizations that support my values of inclusion, intersectionality, and feminism? Who is doing the work to make America great again in that direction?

The first organization I immediately thought of is Third Wave Fund, “an activist fund led by and for women of color, intersex, queer and trans people under 35 years of age,” according to their website. They take donated money and distribute it to young people on the ground who are literally on the front lines of this culture war. They help lift the voices of young people, of people of color, of queer folks, and people of every gender and I set up a recurring donation to them the day after Donald Trump was elected. It’s not much —$20 plus the cost of credit card processing fees — but it’s an amount I won’t even notice missing from my bank account. I’ve never set up a recurring donation before, not even to the all-hallowed Planned Parenthood, but I feel like right now, that’s the least I can do.

If you have the resources, it’s something you can do too. (And for those of you who don’t — there is no shame in that. I didn’t, for years, and I completely get it if $20 or even $5 is too much for you and your family right now.) Think about what amount you can spare and pick one of these 13 smaller, grassroots organizations that have been fighting so hard for the rights of our most vulnerable neighbors for years and who might literally be fighting for their lives in the next four to eight years. Give what you can. It matters.

The Executive Director Emeritus of TGI Justice is Miss Major, a transgender elder who was in the Stonewall Uprising. The organization works with “[l]ow income transgender women of color and our families who are in prison, formerly incarcerated, or targeted by the police.” You can donate here.

El/La is a Bay Area-based organization that provides community, education, and support to transgender Latinas. You can donate here.

The United States imprisons more people than any other country. Fight back against the prison industrial complex by donating to Critical Resistance, which “seeks to build an international movement to end the prison industrial complex (PIC) by challenging the belief that caging and controlling people makes us safe.” They believe “that basic necessities such as food, shelter, and freedom are what really make our communities secure” and if you do too, you can donate here.

Chicago-based Project NIA is working on one particularly horrifying aspect of the prison industrial complex: youth incarceration. Their mission is “to dramatically reduce the reliance on arrest, detention, and incarceration for addressing youth crime and to instead promote the use of restorative and transformative practices, a concept that relies on community-based alternatives.” You can donate to their cause here.

Vermont Access To Reproductive Freedom is an abortion fund. That means they provide money for any person seeking an abortion, no questions about income or circumstances involved. Their “primary activities are to raise and distribute funds to offset the costs of abortion for Vermont women in need.” You can donate to their cause here.

Echoing Ida is a program of Forward Together that amplifies “the thought leadership of Black women and nonbinary folks.” They publish articles both in print and online, run workshops, and push media to include voices that are too often not only left unheard but excluded completely. You can donate to their cause here.

Southern-based Sistersong is focused on “strengthen[ing] and amplify[ing the collective voices of indigenous women and women of color to achieve reproductive justice by eradicating reproductive oppression and securing human rights.” Not much to argue with there, is there? You can donate to their cause here.

One group that was already in mortal danger before the election and who is extremely vulnerable right now is trans folks, especially trans folks of color. The Sylvia Rivera Law Project “works to guarantee that all people are free to self-determine gender identity and expression, regardless of income or race, and without facing harassment, discrimination or violence.” They do that by providing legal help, trainings, and running advocacy campaigns. You can donate to their cause here.

The Rio Grande Valley-based La Frontera Fund is an abortion fund for people in the Rio Grande Valley. They provide travel money as well as money for accommodations so that anyone seeking an abortion can get to a part of Texas where it is available. (And access to abortion in Texas is becoming more and more restricted every day.) You can donate to their cause here.

Did you want to cry every time you heard Trump say “build the wall” during the campaign? (Me too.) Central American Legal Assistance “provides free or low-cost legal services to New York’s immigrant community.” This is a group that is particularly (and rightfully) scared right now. Donate to their cause here.

The Victim Rights Law Center is “the first law center in the nation dedicated solely to serving the legal needs of sexual assault victims.” They provide free legal services in Massachusetts, Multnomah, Washington, and Clackamas Counties, Oregon as well as training for legal professionals across the country. Considering the fact that we just elected someone who been accused of sexual assault and says he's groped women without their consent, I’d say their work is more important than ever. You can donate to their cause here.

Southerners On New Ground is “a regional Queer Liberation organization made up of people of color, immigrants, undocumented people, people with disabilities, working class and rural and small town, LGBTQ people in the South.” They “work to build and maintain a Southern LGBTQ infrastructure for organizers strong enough to combat the Southern-specific strategy of the Right to divide and conquer Southern oppressed communities using the tools of rural isolation, Right-wing Christian infrastructure, racism, environmental degradation, and economic oppression.” You can donate to their cause here.

For an even more exhaustive list of great social justice organizations, check out Togetherlist.