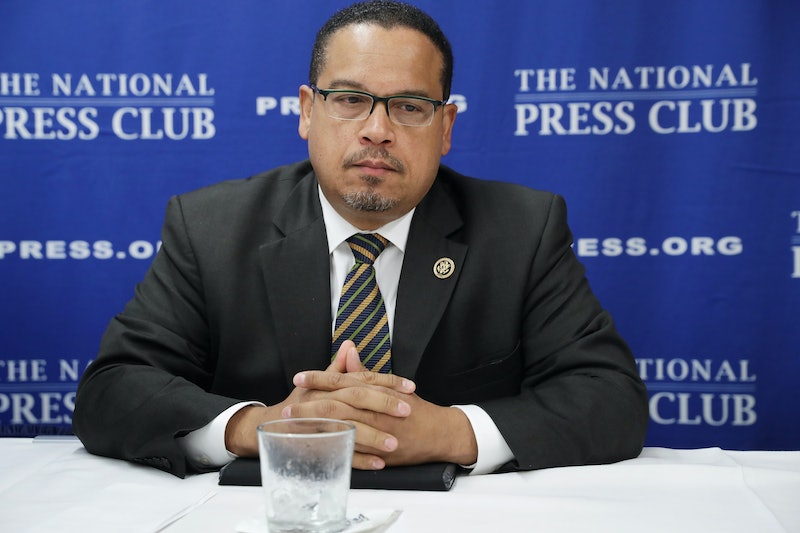 As the Democratic Party searches for its soul in the wake of Donald Trump's defeat of Hillary Clinton, one of the key decisions to be made is who the next head of the Democratic National Committee (DNC) will be. The DNC leadership came crumbling down during the 2016 election, when leaked emails exposed bias among the ranks against Sen. Bernie Sanders' primary bid. Now, prominent progressives like Sanders and Sen. Elizabeth Warren are endorsing Keith Ellison, a representative for Minnesota's fifth district, to assume the influential position over the party's operations and direction. In an interview with VICE News, Ellison discussed his vision for the Democratic Party.

Ellison, the first Muslim ever elected to Congress and co-chair of the House Progressive Caucus, thinks that "reform is in the air" following Sanders' primary bid and Clinton's loss in the general election. He said the specifics of that reform will be outlined by the people: "I don't want to sit here and say this is what it will be... I'm here to listen to what the people want and come to a consensus." But he did specify two main areas of the Democratic Party that need to change to restore people's faith in it: the superdelegate system and DNC funding.

Superdelegates were a highly contentious issue throughout the Democratic primaries. The party elites comprising 15 percent of total delegates expressed their support en masse for Clinton months before states began holding their primaries and caucuses. And many refused to switch their endorsement after Sanders won the states they represent. Ellison didn't specify how he'd push to reform the superdelegate system, but identified it as an obvious source of mistrust among the public.

Concerning funding, Ellison thinks that the DNC can and should move away from reliance on wealthy donors and look to the people to fund it. "I think one thing is for sure: Bernie Sanders proved that the people will fund the political movements that they believe in," he said.

If Ellison is chosen to be the next head of the DNC in March, it will mark a huge victory for Sanders and other progressives, who are hoping to bring the party left and reconnect it to the working class — more members of which turned out for Trump than Clinton on Election Day. In the House, Ellison has resisted the Trans-Pacific Partnership and pushed for universal health care, restructuring trade deals, strengthening action on climate change, progressive taxation, and decreased defense funding. His assumption of a key party leadership position would be one step toward significantly revamping the party.