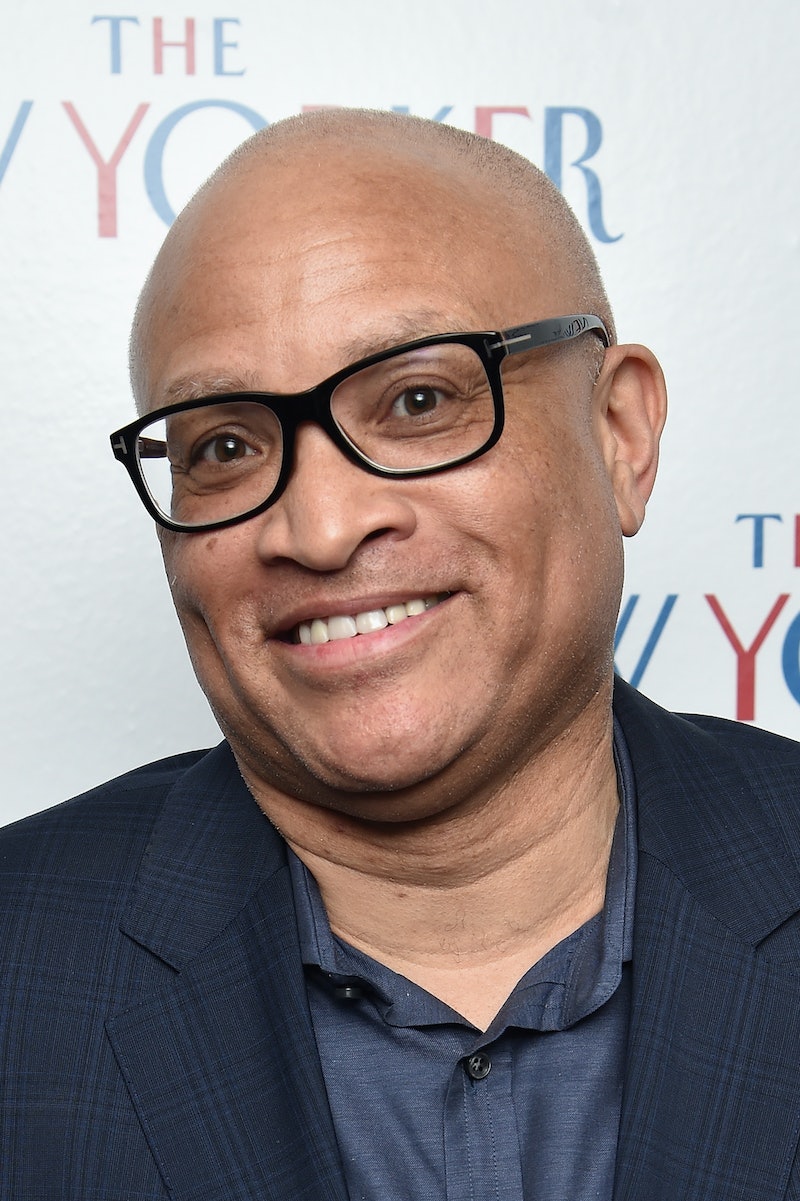 The 2016 National Book Awards Ceremony has just begun, and host Larry Wilmore is kicking off the evening with opening remarks that are unabashedly political. Wilmore--a writer himself, both of a book of nonfiction ( I'd Rather We Got Casinos: And Other Black Thoughts ) and for numerous television programs, such as The Office, In Living Color, and The Fresh Prince of Bel-Air — might be best known for hosting Comedy Central's The Nightly Show with Larry Wilmore, which Slate described as “complex, destabilizing commentary on racial issues that were otherwise lacking in late-night.”

Complex and destabilizing is exactly how to describe Wilmore's opening remarks on the occasion of the 67th National Book Awards Ceremony. Wilmore led with politics — because who can believe the election was only one week ago?! — and his remarks assumed his audience was none too thrilled about the president elect, Donald Trump. He didn't shy away from talking about the ways that a Trump presidency could affect all of us, in deeply personal ways. In fact, Wilmore went so far as to suggest some of our most beloved works of literature might need retitling in light of the new administration.

But Wilmore ended on a sincere note, circling around to how important books have been to him throughout his life. Still, since he's a comedian, I couldn't help feeling he was most on point when he said these 12 things.

That's what Wilmore suggested we might be dubbing the National Book Awards Ceremony at this time next year, during a Trump administration.

3. "Trump Had White People Racing To Those Ballots Like They Were Voting For The First White President”

If only book releases drew that fervor!

5. “All Copies Of Trump’s Books Are Moving From The Nonfiction Section To The Horror Section”

You really do need to see Trump's literary oeuvre to believe it.

6. The Time When Wilmore Retitled Everything ... So Trump Wouldn't Have To

Personally, my favorite part of Larry Wilmore's opening remarks was the part when he engaged in a one-man Twitter battle with himself, firing off new, Trump-worthy titles for literary classics. He gave us . . .

7. “The Terrific—And I Mean Terrific—Gatsby”

8. “Little Women Who I’ll Be Dating In Ten Years”

Well, at least we know he'll be courting them properly...?

9. “The Hitchhiker’s Guide to Canada”

Just a little light censorship to keep the evening classy.

So wrong and so right! All laughs aside, I'm glad Wilmore closed on a serious — albeit scary — truth.

12. “Books May Be Our Only Evidence Of A Civilized Society At Some Point.”

Readers, I kinda think that time has come. Stick around and see who snags a National Book Award tonight.... and, of course, in years to come.

More like this
What Is Barack Obama’s Net Worth? He Makes *Way* More Now As An Ex-President
By Hugh McIntyre
The 20 Best Audiobooks To Fall Asleep To
By Aoife Hanna and K.W. Colyard
Conversations With Friends' Endometriosis Scenes Are As Brutal As It Gets
By Ivana Rihter
Watch The Emotional Trailer For Dolly Alderton’s 'Everything I Know About Love'
By Bustle UK
Get Even More From Bustle — Sign Up For The Newsletter