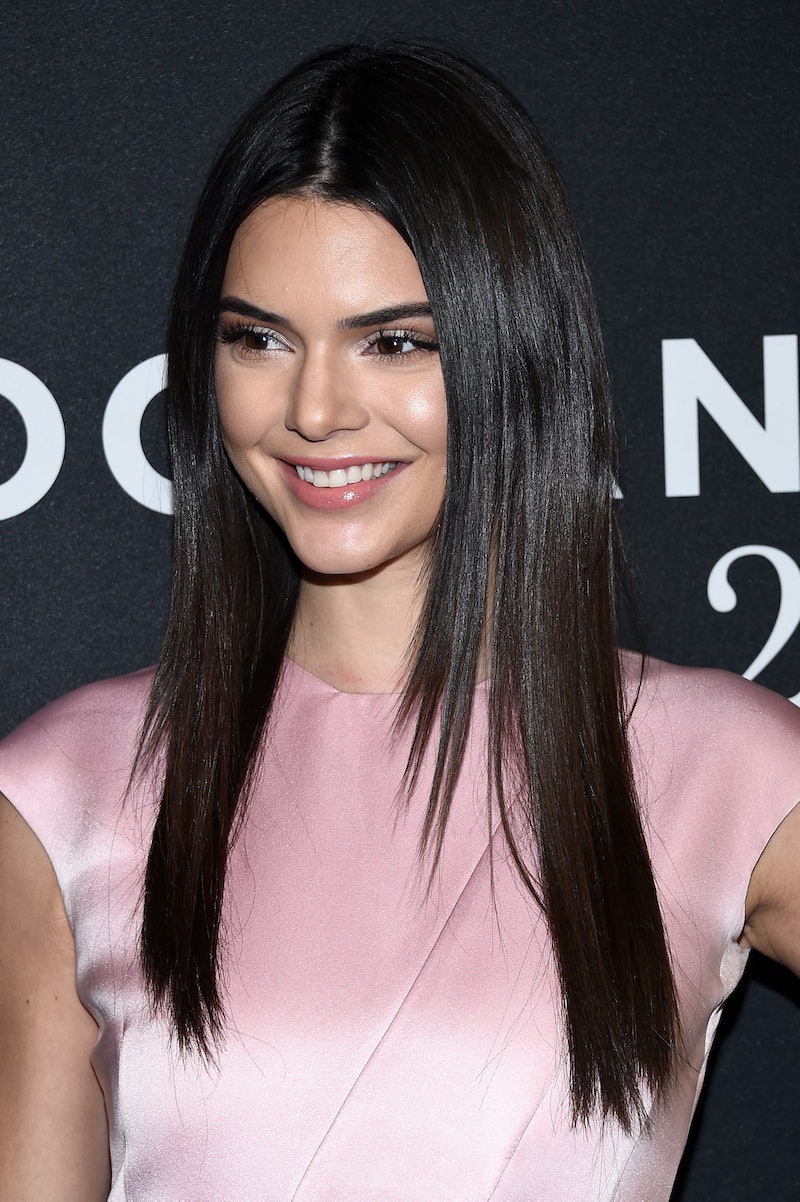 It's official: Kendall Jenner just became this niece's favorite aunt by saying she has the best name compared to her brother and cousin. While appearing on The Late Late Show With James Corden, Kendall Jenner ranked her nieces and nephew's names from best to worst. Yeah, it's a bit cruel, but also deeply satisfying. Plus, when you commit to Corden's "Spill Your Guts or Fill Your Guts" game, where you either answer a question or ingest some awfully disgusting "food and/or beverage," the celebs know they're going to be asked some seriously tough questions.

For example, Corden asked the 21-year-old model (around the 1:20 mark in the video below), "Kendall, three of your nieces and nephews are named Dream, North, and Saint. Rank those baby names from best to worst."

To avoid drinking a sardine smoothie, Jenner chose to answer the question. Can you blame her? So which name does she like better than the other two? She said, "I like North. I’ve always liked North." Corden, clearly loving every second of this, responded, "So now let's find out which one you hate." After taking a long pause and thinking very carefully, the Keeping Up With the Kardashians star said very quickly, "North, Saint, Dream." She was sure to also add about all of them, "I still love them, I still love them."

I can't help but think what Jenner's ranking would be if she had to choose between all of her nieces and nephews' names. It's kind of unfair that Mason, Penelope, and Reign Disick were left out. Where do they stand in this ranking? It would be tougher than choosing the best and worst from three names, but I definitely need to know where Jenner stands on this. Thanks, James Corden, for not really giving Kardashian fans what they want. Maybe Jenner will just have to come back on and do it all over again.

All that said, North West is a pretty great name, but just as unique as Saint West and Dream Kardashian. I wonder how Kim Kardashian, Kanye West, Rob Kardashian, and Blac Chyna feel about Jenner's choice? I have a feeling Kanye is feeling awesome at the moment. He is always a winner, even when it comes to his kids' names, right? To him, North and Saint probably tie for best name, but at least they earned the top two spots.

Sorry, Kourtney and Khloé Kardashian and Kylie Jenner, but your sister is now North's favorite aunt.