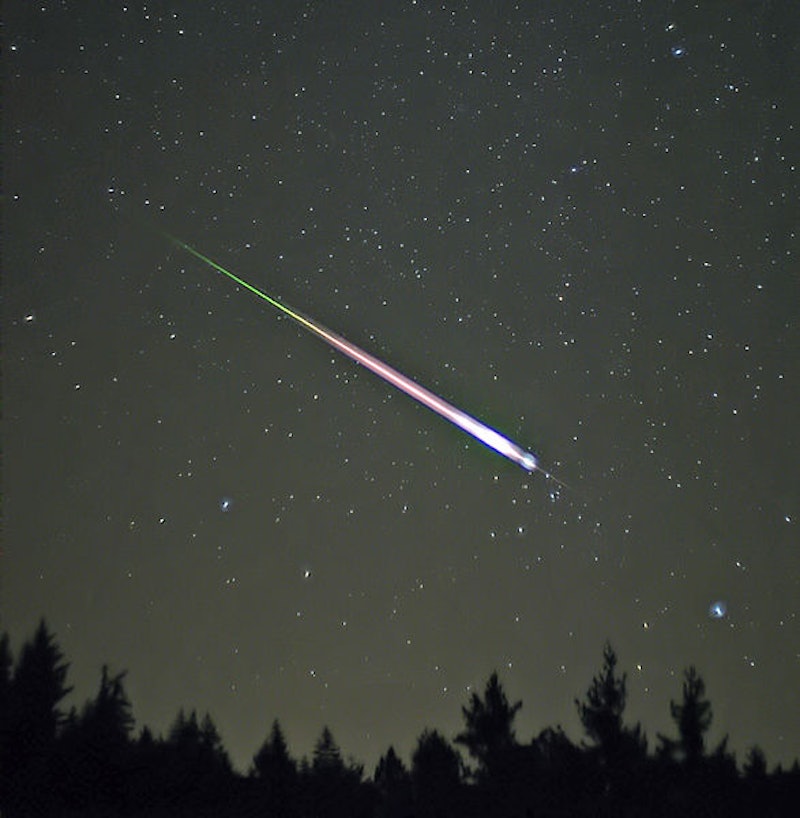 Still catching your breath from the sight of the most brilliant supermoon in recent history? Prepare to be amazed yet again, because one of the most famous annual meteor showers is set to hit its peak tonight (that's Nov. 17). If you are wondering how to see the Leonid meteor shower in 2016, the faithful stargazers among us will be happy to know that for some in North America, it may be as simple as a well-timed glance up at the pre-dawn sky. While the Leonids have been responsible for some of the most dense and brilliant light displays, the 2016 shower will be a more modest showing. "This year, the Leonids are not in outburst, so the rates are going to be about 10 to 15 per hour," NASA meteor expert Bill Cooke told Space.com, but even at this rate, skywatchers will still have ample opportunity to wish upon a shooting star.

The peak of the shower hits the night of Thursday, Nov. 17 (early morning of Nov. 18), but will continue to grace the sky until Nov. 21. To catch these celestial fireworks, observers will want to set their alarms; according to the Royal Astronomical Society of Canada, 6 a.m. EST is the ideal time for watching the light display.

While still viewable from the Southern Hemisphere, the show will be best from the Northern Hemisphere, particularly in North America. Those living in central and western locations luck out with a later sunrise and a high positioning of the constellation of Leo (from which the meteors will seem to originate). Cook warns that the only thing getting in the way of the fun will be the waining gibbous moon (meaning more than half is visible, or to be more exact "88 percent illuminated") creating glare that may mute the fireballs. You can thanks that giant supermoon for ruining the party!

These annual metoers are a result of the Earth's orbit intersecting with a trail of debris from the Comet Tempel-Tuttle. The comet orbits the sun every 33.3 years, and each time it does so, those on Earth get the most supreme light shows. Each of these bursts can include as many as 1,000 meteors per minute (though in 1966, that number doubled). For reference, that's conservatively 4,000 times what we are expected to see at peak in 2016. In November 2034, our trajectories will align again for another spectacular display — around the same time that another extra-large supermoon will rise. Due to orbital changes, the display will not match that of the famed show of 1966 —bummer— so we'll have to ask gramps about it.

For the best view the meteor shower, Cook recommends grabbing your sleeping bag and heading outside just before dawn. "Go outside, find a dark sky, lie flat on your back and look straight up, and be prepared to spend a couple of hours outside," Cook told Space.com. Using a telescope or orienting your body a particular way can limit your view.

If clouds or city light pollution block your view, an online livestream from Spain's Slooh Community Observatory is an excellent way to get in on the shooting star action:

The fall has been chock full of spectacular celestial events, and if you miss this one, don't fret. Come December, another full supermoon and the annual Geminid meteor shower will fill the sky with light yet again.