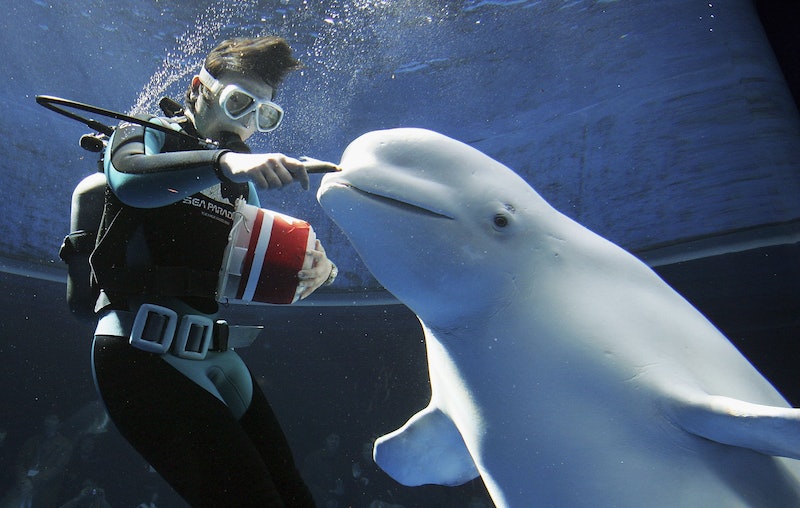 Japan's secretive practice of hunting whales near Antarctica has to stop, the UN ordered today. For decades, Japanese whaling ships have set out in pursuit of hundreds of whales to sell for their blubber and meat. The practice has become so controversial that recently they've been leaving in the dead of night. Worse, the whalers are heavily funded and protected by the Japanese government, and many suspect the Japanese Coast Guard protects the ships.

Remember the controversial show Whale Wars, which followed the conservationist pirates aboard the Sea Shepherd? Yeah — those are the whalers those guys were chasing.

Australia brought the case against Japan to the International Court of Justice, the United Nations' highest court. The justices decided, by a vote of 12-4, that Japan could not legally hunt and kill minke whales or issue permits to hunt and kill humpback and Fin whales. Japan has said that its whale hunts are part of a "research program" referred to as JARPA II.

The court didn't buy that, suggesting in the opinion that's a commercial enterprise instead.

In light of the fact that JARPA II has been going on since 2005 and has involved the killing of about 3,600 minke whales, the scientific output to date appears limited.

The only kind of whaling that's legally permitted worldwide is aboriginal whaling, allowed for indigenous groups like the Inuit who have subsisted by hunting and killing whales for generations. Killing whales in the name of research is also allowed, hence Japan's shady "research" defense.

The court told Japan to stop whaling immediately and to never again issue permits for the hunt, an unusually strong statement for the high court. The country can't appeal.

The Sea Shepherd activists celebrated the ruling on Twitter today:

Despite all the excitement, the Guardian's Philip Hoare points out that Japan isn't the only country at fault; whaling continues in Arctic waters and the Faroe Islands. So, though the ruling is a step in the right direction, it doesn't mean the whales are safe.