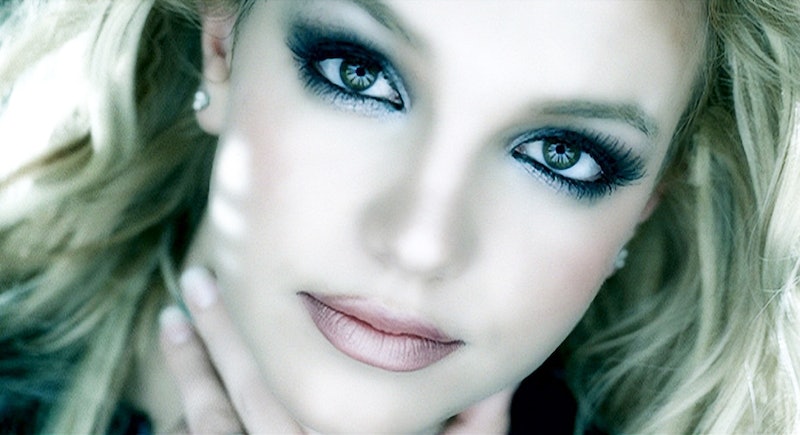 One ever-changing aspect of pop culture is music. Between the waves of new artists and the subtle advancements in technology, entire genres are created, and evolve, with each new year. However, if there's one year that served as a musical turning point in recent times, it would have to be the year 2000, the turn of the century. The '90s were in the past. The future was in our sights. And the music industry flipped into a whole new perspective between January 2000 and January 2001. Now, 16 years after the turn of the century, the hit songs from November 2000 feel just as otherworldly (and full of nostalgia) as you'd imagine. I'll let you take a moment to deal with the fact that 2000 was 16 years ago before we begin.

With November marking the end of the year and the start of the the holiday season, it's time to let the 2000 music nostalgia begin. While the holiday music you've listened to over the years may have remained the same, the rest of the music playing on the radio certainly didn't. So, let's forget about everything that happened this year (as I'm sure most us would like to) and throw things back to November 2000. The winding down of '90s-inspired culture was not half-bad.

Although "Stronger" was a part of Britney Spear's Oops!... I Did It Again album released on May 16, 2000, it was officially released as the third single off of the album on November 13, 2000. The music video was featured on MTV's Making The Video on November 3 and went on to be nominated for Best Pop Video at the 2001 MTV Video Music Awards.

Despite being released with the Charlie's Angels soundtrack on October 24, 2000, "Independent Women Part 1" dominated the charts during the month of November 2000. It was later released on the Destiny's Child album Survivor, which came out May 1, 2001.

3. "Shape Of My Heart" — The Backstreet Boys

If there was one major new release of the month, it had to be The Backstreet Boys' fourth studio album, Black & Blue , which hit shelves November 21, 2000. However, their song "Shape Of My Heart" was the one that dominated the charts in November 2000.

*NSYNC's recording-breaking album, No Strings Attached , was first released on March 21, 2000. However, once November rolled around, the popular boy band released "This I Promise You" as its own single CD.

You may remember S Club 7's hit songs "S Club Party" and "Reach." However, on November 27, 2000, the pop group released another one of their popular singles: "Never Had A Dream Come True." The song was released in the U.K. first, but ended up being S Club 7's only single to ever dominate the charts in the U.S.

Long before "She Bangs" was covered by American Idol contestant William Hung in 2004, Ricky Martin brought the pop song to the top charts with its October 2000 release. "She Bangs" made the Billboard charts throughout all of November.

Coldplay has had numerous hit singles over the year, but, when it comes to November 2000, odds are that it was their song "Trouble" that you had blasting through your headphones. This single was released on October 23 and was one of their main singles featured off of their album, Parachutes, released on July 10 of that same year. But the song really dominated the charts in November.

Now this is an artist you may have forgotten about. However, on November 6, 2000, Sade released her R&B/Soul album, Lovers Rock , along with the hit single, "By Your Side." The single went on to be nominated for a Grammy in 2002.

One the most notable songs at the time was Creed's "With Arms Wide Open," which was first released in 1999. However, the song occupied a top spot on the Billboard charts (#1 as of November 11, 2000), not to mention won a 2000 Grammy for Best Rock Song, so it's still worth noting as part of this banner month.

My, how times have changed. Excuse me while I hop in a time machine and head back to November 2000.

More like this
10 Eurovision Moments That Celebrate The Weird & Wonderful Camp Extravaganza
By Sam Ramsden
Sophie Ellis-Bextor Turned Down Being A Eurovision Judge For This Wholesome Reason
By Rachel Mantock
After 'Heartstopper' Used This Indie Artist’s Song, Streams For It Soared 8,000%
By Alyssa Lapid
How 2 'American Idol' Singers Performed With COVID-19 & Made It Into The Top 5
By Jake Viswanath
Get Even More From Bustle — Sign Up For The Newsletter