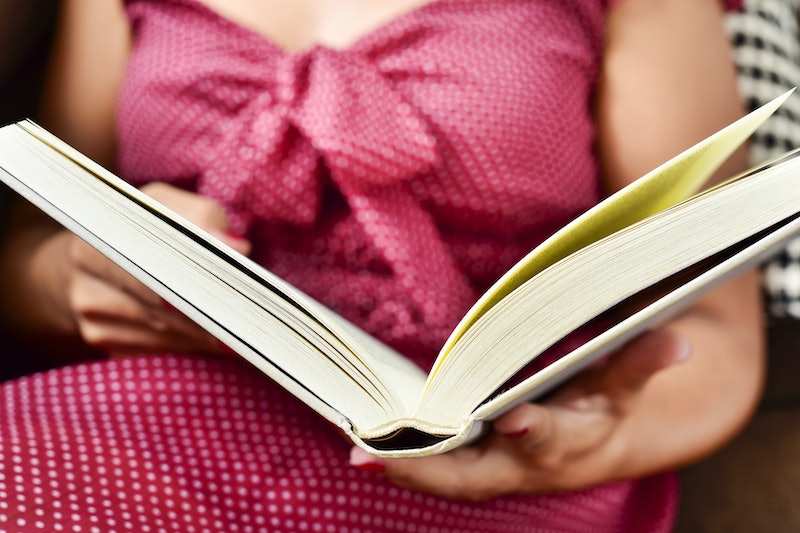 Studies have shown that laughter can alleviate depression and anxiety; now, more than ever, we are in desperate need of, say, some delightfully bizarre, inexplicably written sex scenes. And so, on the eighth day, the "Bad Sex in Fiction" Award shortlist was announced, and for a few, sweet moments, explosive giggling erupted across the internet. And it was so. Amen.

Now in its 23rd year, the Literary Review's "Bad Sex in Fiction" Award seeks to highlight “the most egregious passage of sexual description in a work of fiction" that is otherwise well-written. For founders Rhoda Koenig, a literary critic, and Auberon Waugh, former editor of the Literary Review, the goal was not to encourage ridicule (though, let's be real, that's exactly what this award does), but to discourage "poorly written, perfunctory or redundant passages of sexual description in modern fiction."

Perhaps unsurprisingly, past winners of the award have been less than thrilled at their success. Morrissey, who won in 2015 for his debut novel List of the Lost with a scene that literally included the phrase "bulbous salutation" (sorry, is that not what you call an erection?), called the award "a repulsive horror." Tom Wolfe, whose novel I Am Charlotte Simmons was honored in 2005, claimed the bad sex was meant to be ironic, and those dummy British literary critics just didn't get it.

Okay fine, he didn't say "dummy," that was my own embellishment.

More like this
What Makes A Sally Rooney Sex Scene So Hot?
By Samantha Leach
Here’s How To Deal With Sexual Frustration If You Don’t Want Casual Sex
By Annakeara Stinson and Mackenzie Sylvester
Here’s How To Reignite The Spark In A Sexless Relationship
By Vanessa Marin
I'm 42 & I've Never Had Sex. Is It Too Late?
By Sophia Benoit
Get Even More From Bustle — Sign Up For The Newsletter