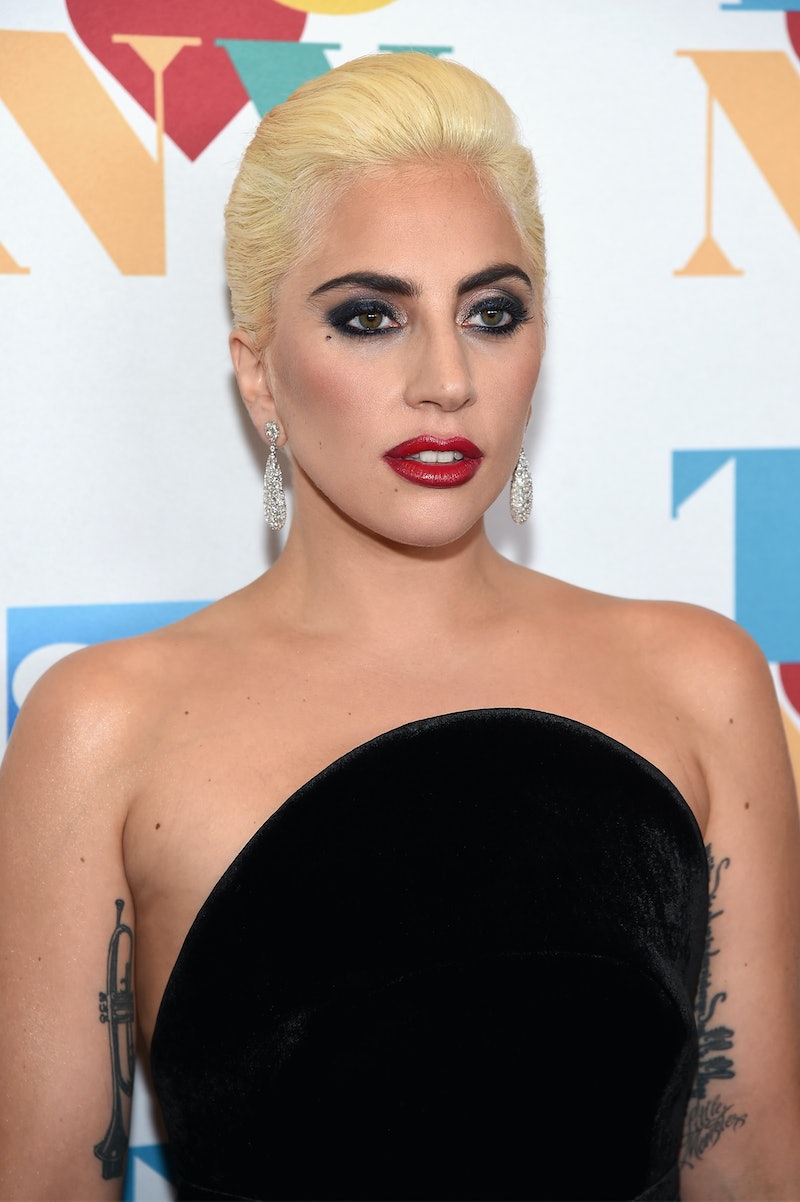 In July, news broke of Lady Gaga and Taylor Kinney splitting after getting engaged in February 2015. Seeing as it's been a few months since they broke up, is Lady Gaga dating anyone now? Similar to Kinney, who has been reported to be dating someone new, Gaga has had several dating rumors circulating. However, they seem to be just that. What else do you expect when a huge celeb like Lady Gaga is suddenly single? Of course there are going to be all kinds of rumors.

For example, in August, Gaga and Ray Liotta were reportedly spotted together having dinner. An alleged "spy" told Page Six, "They looked super chummy and like they know each other well." Apparently, they also "lingered at the cozy West Village spot past 10:30 p.m." For those unaware, they both starred in 2014's Sin City: A Dame to Kill For. They could've simply been only catching up, rather than this being something romantic. That's exactly what "a rep" told Page Six, "Ray is friends with Stefani [Gaga] and her dad." There haven't been any reports since of them, so it seems more likely this was old friends grabbing a bite to eat.

After the Liotta reports, Gaga was seen with Bradley Cooper. In September, the two were photographed grocery shopping together in Malibu, California. This wasn't the first time the stars were seen hanging out, either. In April, they went to dinner together and arrived on Cooper's motorcycle. At the time of the report, a source told Us Weekly, they "might be working on a project together."

The latter turned out to be true when in August it was announced that Cooper and Gaga will star in an adaptation of A Star Is Born . The film (Judy Garland starred in the 1954 version) also marks Cooper's directorial debut. "I'm elated to be directed by & starring w/ Bradley in this project," the singer tweeted in August. "He's a brilliant visionary artist. #AStarIsBorn #AStarIsBornCooperGaga." It seems the are just friends and co-workers. Plus, Cooper is dating model Irina Shayk.

Other than that, Gaga hasn't been seen with anyone else. Not to mention, she has been busy with her new album Joanne and kicking ass at life. As for if she is truly seeing someone new, it's unclear. Though, knowing Lady Gaga, if or when she is, the singer will announce it on her own terms.