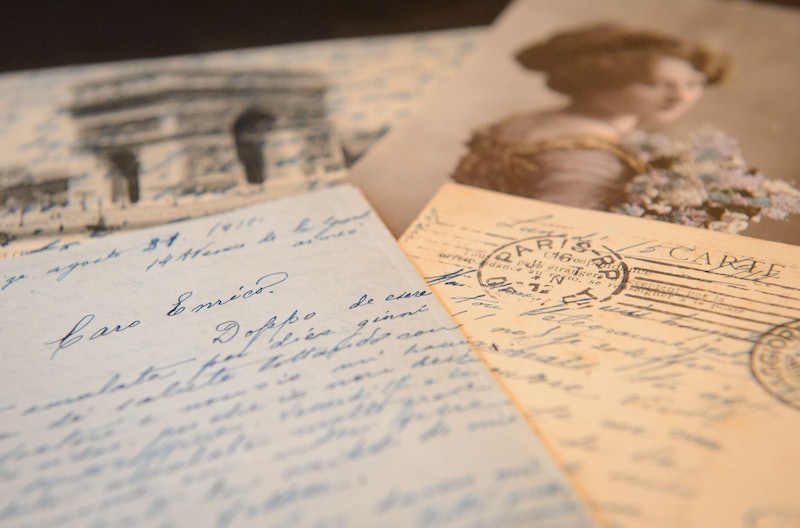 It’s frequently advised that if you’ve got something you desperately want to say to someone, but know that it would probably do more harm than good to actually say it, you should write that person a letter. The letter isn’t for sending; the way it’s supposed to work is that simply getting it all out on paper gives you this big, cathartic sense of relief. Unfortunately, though, simply writing it down isn’t always enough to bring on that catharsis. If you find yourself in this situation — with a letter in hand you know you shouldn’t send — don’t mail it to the person it’s addressed to. Mail it to Dear Asshole instead.

The brilliantly-named Tumblr aims to give you an outlet to vent and process your feelings while simultaneously reminding you that you’re not alone in whatever you’re dealing with. It also might help you keep your perspective a little by reading about what other people are going through. Have an unrequited crush? Send a letter to Dear Asshole. Wish you could confront your neighbor about the fact that they keep neglecting to pick up after their dog? Send a letter to Dear asshole. Sick of putting up with a boss who treats you badly? Send a letter to Dear Asshole. No matter what you’ve got going on, it’s a safe place to get it all out of your system,

There a few guidelines: First, omit names of people and places — the site guarantees that everything will stay anonymous, and obviously the only way this can happen is if names aren’t named and locations aren’t revealed. And second, letters can be pretty much anything ranging from sad to angry, happy to accusatory, and eloquent to scattered; they can’t, however, be homophobic, transphobic, racists, or otherwise oppressive. Letters are welcome even if you don’t want them posted — just let the folks behind Dear Asshole know that you’d like to keep yours off the site when you send it. There’s something to be said for setting something out into the world and letting it go; Dear Asshole lets you do that without the danger of it coming back to bite you in the arse.

In a lot of ways, Dear Asshole reminds me of Post Secret: Both are intended to help you process difficult matters, and both do it by building an anonymous online community. If Post Secret, with its postcard-sized limits, is the Twitter of online confessions, Dear Asshole is the long form blog. The Internet can be an unforgiving place, but it’s little pockets like these that remind me that it has as many good points as bad — and that some of those good points may even be enough to redeem it from the bad ones.

After all: Don’t we all just want someone to listen?