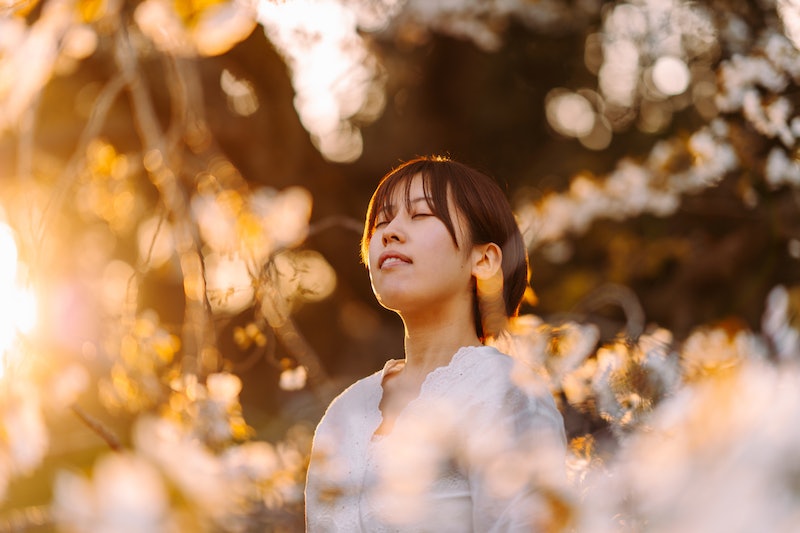 Science has always been fascinated with the human mind — specifically, how our brains take external stimuli and convert them into experiences. You've probably heard of synesthesia — a phenomenon documented in some people in which, say, you might hear colors — but something called calendar synesthesia? Well, I've bet you've never heard of that. So what is calendar synesthesia? A recent study delves into this intriguing phenomenon — but simply put, it's a form of synesthesia where those who experience it can "see" time.

As Boing Boing explains, synesthesia is " a neurological phenomenon whereby stimulation of one sense involuntarily triggers another sensory pathway." This involuntary trigger of a second pathway is what enables synaesthete to experience, say, something they see as a particular sound. Prior to today, I've read about a couple of forms of this condition before, including chromesthesia (where heard sounds automatically evoke mental visions of color) and grapheme-color synesthesia (where people constantly envisage letters and numbers in colors). Meanwhile, New Scientist describes calendar synesthesia as perceived images of time as a series of calendars appearing in someone's mind. When a person is asked to envisage time, they literally see calendars in their minds.

As with these conditions, however, it's very difficult to properly identify them, but least of all because those with these sensory phenomena often don't know that they have a condition at all. But New Scientist reports that a recent study at the University of California, San Diego under leading synesthesia researcher Vilayanur Ramachandran with colleagues examined the minds of two calendar synaesthetes through having them complete a series of tasks. The first subject, called ML, pictured the months in her mind as occupying an asymmetrical “V” shape with each month written along the V in Helvetica font; the second, called EA, saw her calendar shaped like a hula-hoop in her chest, with December being the month passing through her body, no matter what time of year it actually was.

ML was asked to map her calendar on a screen using a laser pointer on several occasions over the course of a month — and interestingly, the angles and lengths of the V shape were always exactly the same. The calendar also expanded and contracted like a real object would, depending on how far away she was standing from the screen. ML was then asked to name months of the year backward, alongside eight non-synaesthetes, skipping one or two months each time. The scientists anticipated the task would be easier for ML, seeing as she had a mental calendar to read from — and they were correct in their predictions: ML took 1.88 seconds per month, compared with 4.48 seconds among the non-synaesthetes. Ramachandran noted, “During the task we noticed that ML appeared to be inspecting her calendar. ... She would involuntarily move her finger from month to month and shift her gaze.”

EA's test, meanwhile, focused on memory with relation to her calendar. As New Scientist put it, "When [EA] turns her head, the calendar remains stuck to her body and doesn’t move with her eyes. Intriguingly, when turning her head to the right, she told Ramachandran’s team that the months on the left of her calendar became 'fuzzy,' and memories of these months were harder to access. When she turned her head to the left, the converse was true." Ramachandran noted that EA's memories were influenced by the movements of her neck and eyes in what's known as "embodiment cognition." Embodiment cognition as a theory posits that "states of the body modify states of the mind" — or, as Ramachandran described it, that our bodies and their relationships with the environment influence our thoughts, speech, and emotions. Ramachandran isn't sure whether all of us have the capacity that EA does for it; as he put it, “It is yet to be seen whether we all have a similar — albeit more rudimentary — form of this same mechanism."

Although the tests didn't offer an extensive insight into the minds of synaesthetes (two subjects is never going to be enough to draw a real conclusion from; the sample size is far too small), Ramachandran believes those with this condition can help us understand how the human mind perceives time and space. Ramachandran noted that time is a man-made concept; our brains haven't evolved enough to understand how to really process it in full. “Given the opportunistic nature of evolution, perhaps the most convenient way to represent the abstract idea of sequences of numbers and time might have been to map them onto a preexisting map of visual space, already present in the brain,” he says.

Either way, the implications are fascinating — and might help us see where we're headed in the future.