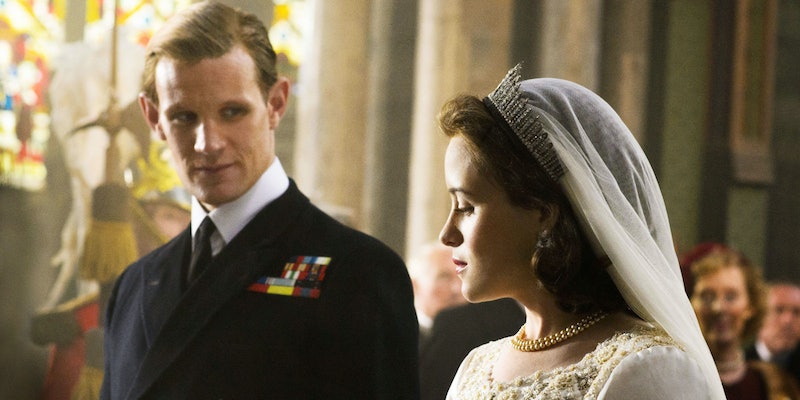 Right now, throughout America, there's a real need for a pick me up. There's a craving for something that will make you feel warm and alive on the inside. We all want to getaway to lands far and beyond, lands that have not yet been touched by the current political landscape. Luckily, all of that is as easy as powering up that smart TV, opening your laptop, or, hey, even turning on your iPhone. I'm talking about Netflix, guys. And the things I've decided that you should watch on Netflix over the weekend will help appease the nightmares you've been having.

OK, I'm being dramatic. Even if you haven't been having nightmares, at the very least, I'm guessing you could use a little relaxation. It's a busy time of year, no matter what time of year it happens to be. No matter what you have going on in your life as you read this, you could use a little relaxation. Is it too much to ask of yourself to sit down on your big, comfy chair, or plush, pillowy bed, and just drown out the noise of the world? If you answered "no, it's not," then here are 13 things to watch on Netflix over the weekend.

This isn't any sort of unknown gem, and the likelihood that you've already seen Gilmore Girls is pretty high considering its enormous fan base. But the revival is seriously just around the corner, so you better start prepping. The only way to do that is to consume Gilmore Girls like the Gilmore girls consume coffee. (In copious amounts.)

Since it's set in 1980s Dublin, Sing Street will surely take you out of your current headspace. Plus, it's a musical romance from the same team who brought you Once.

A period drama about Queen Elizabeth II's rise to power explores the events of a post-war Britain.

Richard Linklater's impressive theatrical feat took over a decade to make, and, in retrospect, he shouldn't regret one second of that. Boyhood's coming-of-age tale couldn't have been told in any other way.

A stuffed bear travels to England in search of a new home. Though it's a kid's movie, don't be fooled. Paddington serves as a rather heartwarming allegory about immigration.

Previously titled Scrotal Recall (no, I'm not joking), Lovesick's premise (it has to do with STIs) might not sound like your cup of tea, but its candid take on love and sexual health make it worthy of anyone's attention.

A classic. Need I list the reasons why Ferris Bueller = perfect weekend escapism? Need I? Bueller?...Bueller?

L-I-V-I-N. The second Richard Linklater film on this list happens to be one of the first greatest films about teenage life ever. Alright, alright, alright.

Near, far, wherever you are, you could use a little TLC in the form of Titanic, Leo, and Chill. I just made that up, so pretend it makes sense for me, OK?

The fifth season of American Horror Story needs to be on your must-watch list. Why? Two syllables: Gaga.

The Twilight Zone for the technological age released its third (and arguably strongest) season in October. It's in your best interest to catch up now.

Despite being a critical hit, the Rob Low and Fred Savage sitcom didn't make it past Season 1. Thankfully, however, that season is available for your viewing pleasure.

Nothing will take you out of a rut faster than Holly Golightly exclaiming "That's right! I'm just crazy about Tiffany's!"

Happy weekend watching. You deserve it.

More like this
What’s New On Netflix: A Victoria Justice Rom-Com & The Return Of David Letterman
By Arya Roshanian
What’s New On Netflix: The Return Of 'Bling Empire' & A Rebel Wilson Comedy
By Arya Roshanian
8 LGBTQ+ TV Shows & Movies Like 'Heartstopper' To Watch On Netflix
By Alyssa Lapid
Amanda Seyfried Reflects On 'Mean Girls' & "Gross" Remarks That Men Made After It
By Jake Viswanath
Get Even More From Bustle — Sign Up For The Newsletter