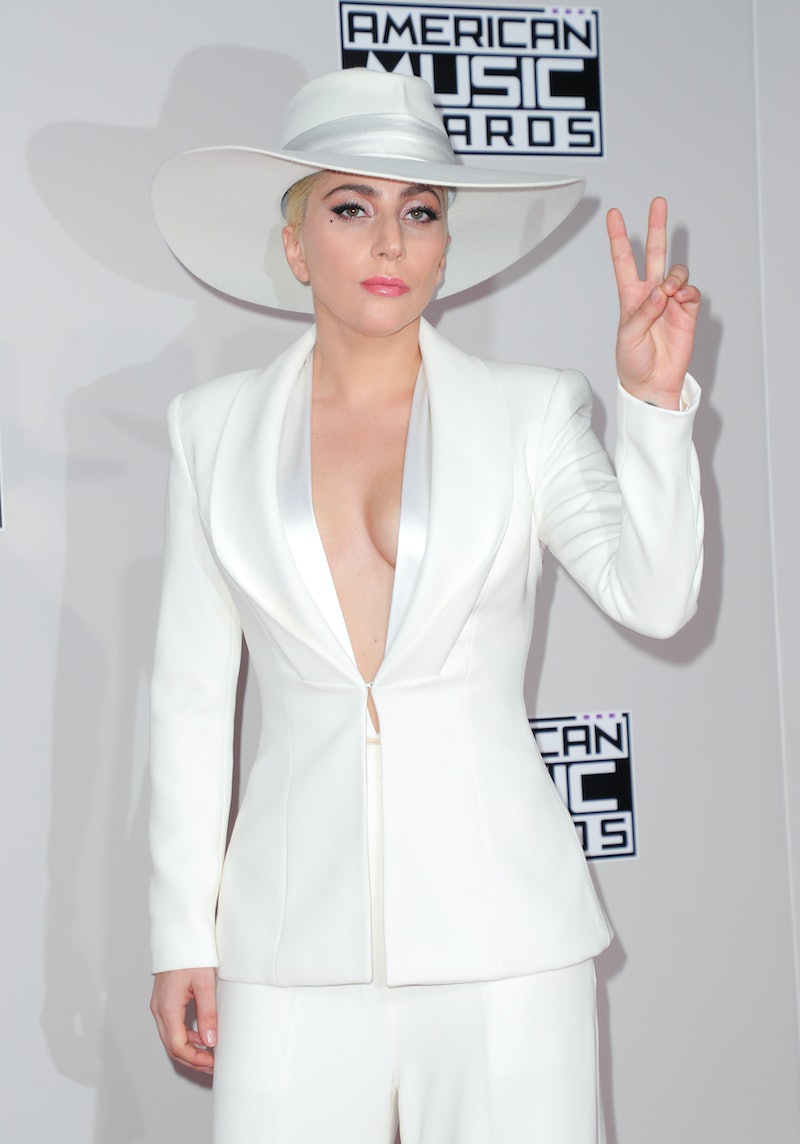 The last time Lady Gaga blessed the American Music Awards red carpet with her presence, it was 2013 and she was riding a giant, man-operated unicorn. Three years later, Mother Monster has made an appearance at the show again, but her entrance was a bit more subdued. Gaga was pretty vocal about her support for Hillary Clinton during the 2016 election, and it appears she may have taken a cue from pantsuit nation for her AMAs look.

Lady Gaga is a bit of an AMA sweetheart, with eight nominations and one win under her belt. While there are no new noms for the singer this year, she is performing at the 2016 ceremony. Gaga announced her appearance with a tweet saying she's "bringing #JOANNE to the @AMAs," which could explain the big hat and white pants-and-blazer combo. Of course, it could also be a bit more political: Some women wore white on election day in support of Clinton and the suffragette movement.

She hasn't made an official statement on her outfit choice, but it's possible she may give us all a clue when she hits the AMA stage for her performance. Whatever her reasoning, Gaga looks supremely lovely in head-to-toe white.

So. Fierce. Can we get some side profile though?