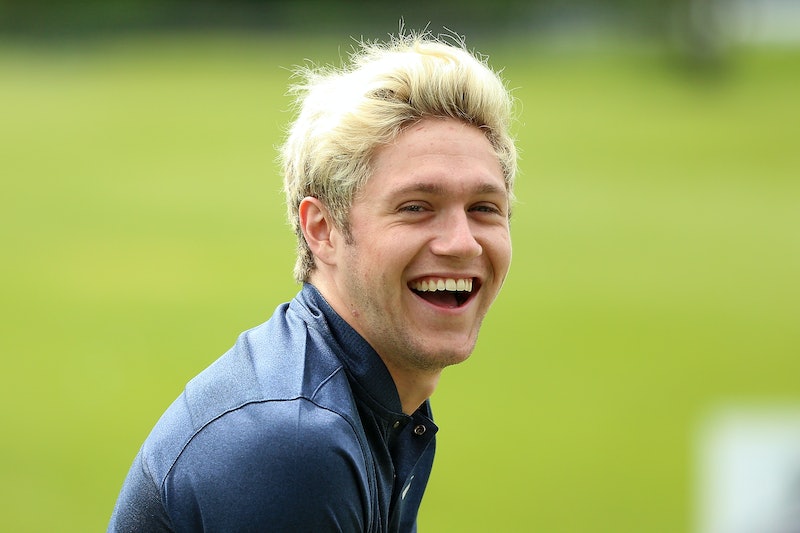 Even though they're not a band anymore, One Direction is still keeping busy and making fans swoon. Zayn Malik released his debut solo album earlier this year, and Niall Horan looks to be following a similar path — he released his solo single "This Town" in September. Aside from the music, all of the 1D members' love lives have continued to drum up rumors, with Louis Tomlinson co-parenting with Briana Jungwirth and Malik's relationship with Gigi Hadid staying in the headlines. Horan has seemingly stayed away from the gossip, but since he's been stepping into the spotlight as a solo artist, I can't help but wonder if Horan is dating anyone now as he kicks off his new career.

Throughout 2016, Horan has been one of the 1D members who most strongly embraced the idea of a hiatus. Sure, he's obviously been working on music on his own time, but he's stayed away from major Hollywood events and been laying low.

Now that he is around again, promoting his solo with an upcoming performance at the American Music Awards, Horan has made it clear that he is single, and probably not too ready to mingle... just yet. In late September, Horan was interviewed for SiriusXM and asked about his love life. He replied, "Non-existent, currently... I've been busy sitting in studios, so I haven't had time for that."

Horan spurred some intense romance rumors with Selena Gomez way back in December 2015, but they soon fizzled and it appeared they were simply friends or just nothing serious. It wasn't until July 2016 that Horan fired up girlfriend rumors again when he was photographed showing some PDA with a woman named Celine Helene Vandycke, who was later identified as a Belgian student. They looked like they were together, but Horan never publicly confirmed any relationship between them.

Fast forward to fall 2016 and Horan looks to be as single as ever. Along with confirming his status on Sirius XM in September, he also told Sirius XM in October in a game of "Niall or DeNiall," that he did not have a girlfriend. In late October, Horan also appeared on The Ellen Degeneres Show, and when she slyly mentioned his single status, he only agreed and let it go. Unless something changed dramatically in the past month, Niall Horan is single and will likely be keeping very busy with his solo career for now.