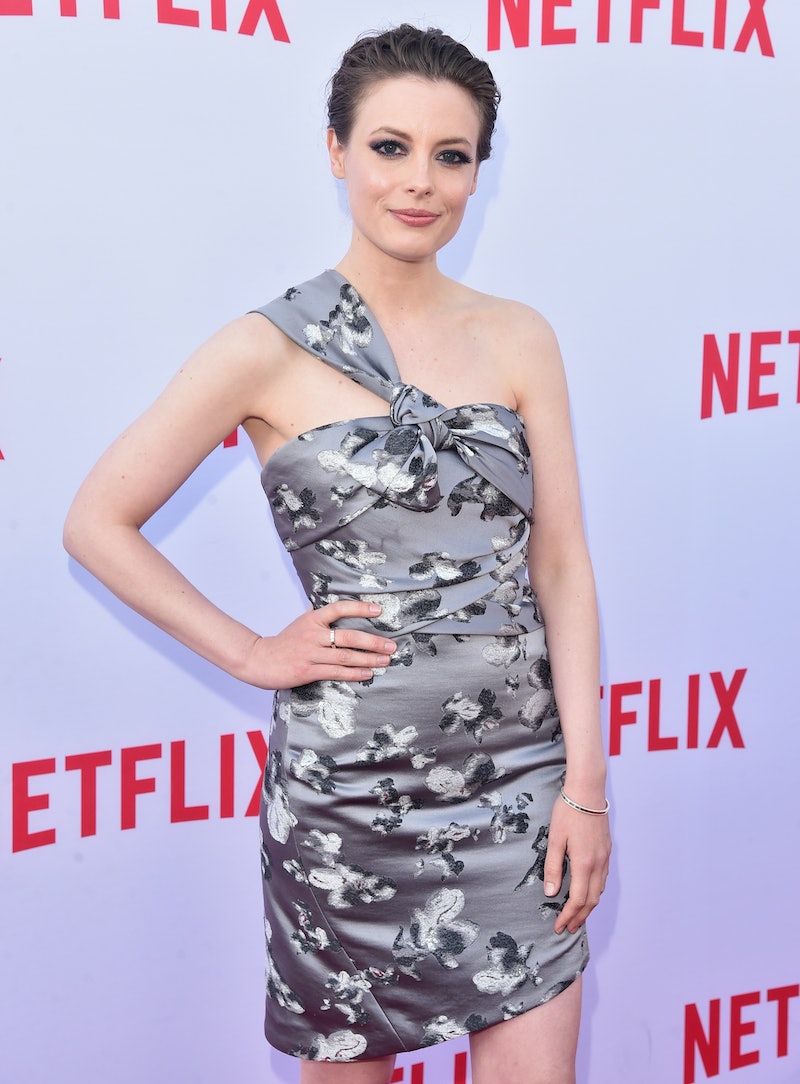 If you're a big fan of Community and haven't checked out Ken Jeong's new show yet, the pressure is building — especially since Gillian Jacobs will guest star on Dr. Ken for one episode in January. According to Entertainment Weekly, she's set to play Erin, a beautiful intern at the hospital, honing her craft under the titular doctor (played by Jeong, who was Ben Chang in Community). Her character's admiration for Dr. Ken makes the good doctor's wife, Allison (Suzy Nakamura) jealous. This is obviously pretty great for the comedic potential of the show. After all, if you recall Jacobs' guest stint on Girls , she also played an attractive flirt, who protagonist Hannah was deeply jealous of — even before Jacobs' character began dating Hannah's ex-boyfriend. So you know she's going to acquit herself superbly in this role.

This is also significant, because it marks the fourth time a Community star has appeared on Dr. Ken — clearly Jeong is a singularly popular member of the cast. Joel McHale (who played Jeff Winger) and Danny Pudi (who played Abed Nadir) appeared together on the Valentine’s Day themed episode this year. Shortly after, Jim Rash (Dean Pelton) appeared in an episode in the spring, in which he played a smug attorney attempting to destroy Dr. Ken's credibility when the doctor is called to be an expert medical witness in a case.

One might wonder if this isn't just about popularity, however. Given that Dr. Ken has a crushing 7 percent critic approval rating (and a 40 percent audience approval rating) on Rotten Tomatoes, this could be the showrunner's — or Jeong's, since he's co-executive-producing the show — attempt to bring a new audience in, or to just get more people watching the show.

Or maybe it's just a sign that Community's cast is missing each other. After all, according to McHale and Pudi's Instagram photos, there's a lot of love shared among that cast. Maybe if we're not being all that cynical, we can assume it's just good friends finding a way to hang out, goof around, and get paid to do so.