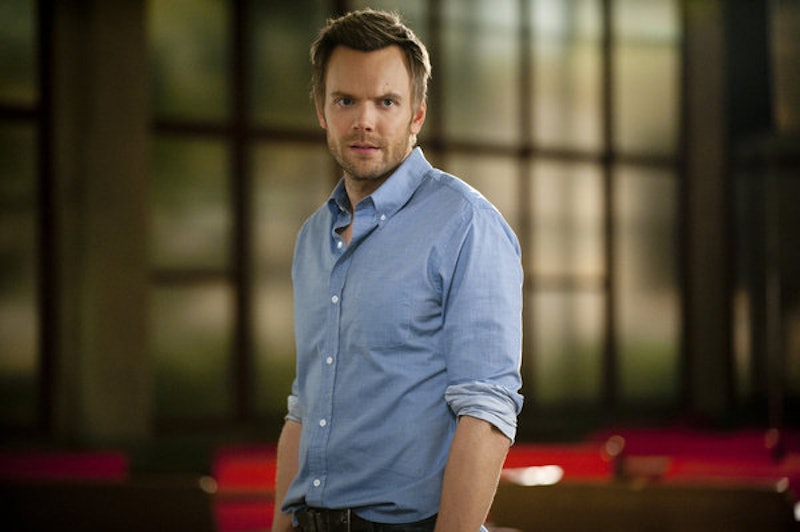 I don't know how you're going to prepare yourselves for this, but it's finally happening. Greendale Community College is about to rise from the ashes. That's right, cult favorite Community is getting resurrected on Yahoo Screen March 17th, and we couldn't be more pumped. Upon hearing of it's cancellation months ago, I was sent into temporary state of shock and panic, and I could have really used a Jeff Winger monologue to calm me down. So in honor of Community's return, we want to look back at the perpetual wisdom of one Mr. Jeff Winger.

Whether it's a motivational speech that keeps the Greendale study group on task, or a patented sarcastic Winger zinger thrown while absentmindedly texting, Jeff's always been known for his words. In fact he's SO known for them that, in true Community fashion, both have received the ultra-meta treatment of self-parody. Still, when life has you feeling like you're living in the darkest timeline, it would be helpful to have a Jeff Winger around. But since I doubt any of you are enrolling in community college to seeking one out, I took the liberty of finding a few words of encouragement.

Below are a handful of isolated lines that should help you get through your every day challenges and insecurities. I even packaged them accordingly so they're fresh and ready for Pinterest. You're welcome.

1. When you're stumped on how to approach your next research paper:

This is basically how I've gotten through any writing assignment, from my first grade book reports to roughly 75 percent of every article. Basically if you know how to bullshit for an extended period of time, eventually you'll sound like you know exactly what you're talking about.

2. When job hunting has broken your spirit, and you're trying to casually network:

I think you need to find an important balance of recognizing your worth while also acknowledging that somehow, this person is better than you. Cut the crap and just send this to the editor in chief of your favorite publication instead of asking to meet for coffee. Let's not kid ourselves, everyone knows "meet for coffee" is code for "make doe eyes at someone until they give you a job."

3. When you're fighting with a friend because they don't approve of your current life choices, or vice versa:

You don't think that moving in with her new boyfriend is a good idea. She doesn't think that selling your used underwear online is a respectable way to make money. Acknowledge that everyone needs to forge their own path and make rent.

4. When you're feeling a general lack of self-confidence:

Don't stress too much. You are a rare and special being, and you can accomplish anything you set your mind to if you just believe in yourself.

It should be noted that this is from a speech formed from well-cultivated lies, sharks, and Ben Affleck.

5. When your ex-boyfriend wants to see you at 3 am:

Summon up your self-respect and put the phone down. You live a rich and fulfilling life now, and there's no reason to continue to ride that train wreck just because they're thinking of you at a party while high on mescaline. Also, you broke up five years ago.

This was actually uttered at a moment of paintball defeat, but I think it makes for a good mantra.