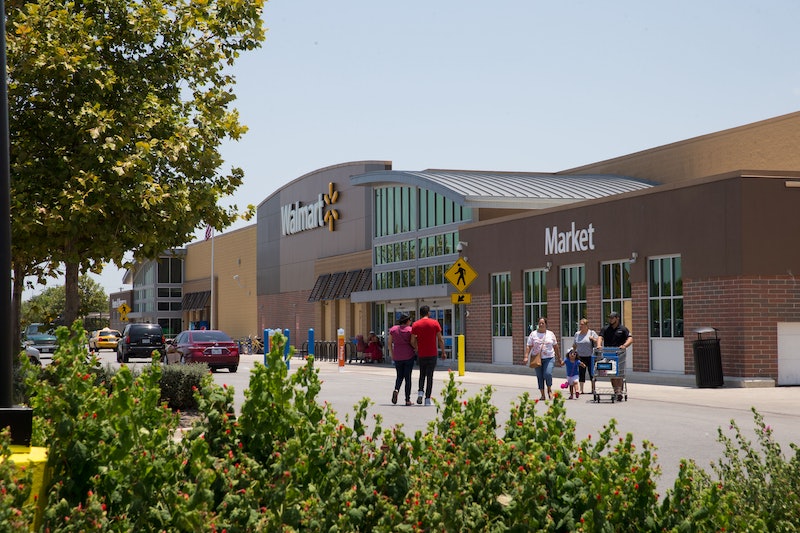 Move over, Ivy League — Walmart is in town. Apparently, Walmart is more selective than Harvard University: 600 out of an astounding 23,000 applicants to a Washington D.C.-based Walmart received job offers, the Washington Post's Wonkblog found, for an acceptance rate of 2.6 percent. Harvard, on the other hand, was more than twice as easy to get into, with an acceptance rate of 5.9 percent. That's right: It's easier to get into Harvard than it is to work at Walmart.

This sad statistic is just another pallbearer of today's economic climate, which Robert J. Samuelson of The Washington Post describes as a "patient recovering from a serious disease." According to Samuelson, the recent economic crises have "exposed enduring weaknesses" of the U.S. economy, which will now grow at a dampened rate.

This gloomy forecast comes on the heels of January's Labor Department report, which found that the end of 2013 saw the fewest number of added jobs, and a drop in the unemployment rate that was largely attributed not to more people being hired, but more people giving up on finding a job. And with numbers like those posted by Walmart, it seems that the outlook really is grim.

Walmart is no anomaly in the job market. Google, Fortune Magazine's Best Place to Work in 2013, has room for only 1.5 percent of its hopefuls. Wegman's, a much smaller, family-owned regional supermarket chain, only offered 5% of its applicants a job. Harvard, you lose again.

The Walmart story is particularly sad, given a 2013 list created by Forbes that listed Washington, D.C. as the easiest city for finding a job. This was based on the number of jobs paying over $50,000 per 1,000 people in the city. Washington, D.C. had 59, which still only represents a meager 5.9%. San Antonio, Texas, on the other hand, came in as the hardest city for job-hunters, with only 2 job listings that paid $50,000 and up.

The International Telecommunication Union posits that much of the trouble with finding a job comes from "a skills mismatch between what the market is demanding and what institutions of learning is providing." There appears to be an increase in demand for hard, technical skills, where young people with digital skills have more opportunities than those without.

However, Microsoft seems to have conflicting opinions, as they sponsored a newly released report that claimed just the opposite: it is soft skills that employers need. In fact, in their list of the top 20 skills needed for all U.S. occupations, only two at most (Microsoft office and data entry) could be remotely considered "hard" skills. Instead, topping the list was oral and written communication skills, followed by detail orientation.

With this many different stories flying about, it comes as no wonder that the youth of today are confused by what they should be majoring in and how best to land a job in a dismal economic climate. And it comes as no surprise that job prospects greatly influence where students choose to attend school and what they decide to study. 2013's Return on Investment (ROI) report ranked four engineering or technical schools at the top of the list, with Harvey Mudd College leading the pack with a $2,113,000 30-year net ROI.

This report only compounds a 2012 Census Bureau report that determined that engineering majors are the most profitable of the pack, making an average of $3.5 million over a 40-year career. On the other hand, education majors can expect half those earnings at $1.8 million for 40 years.

Given these numbers, maybe Harvard and other liberal arts colleges are losing out because they can't produce their engineers fast enough.