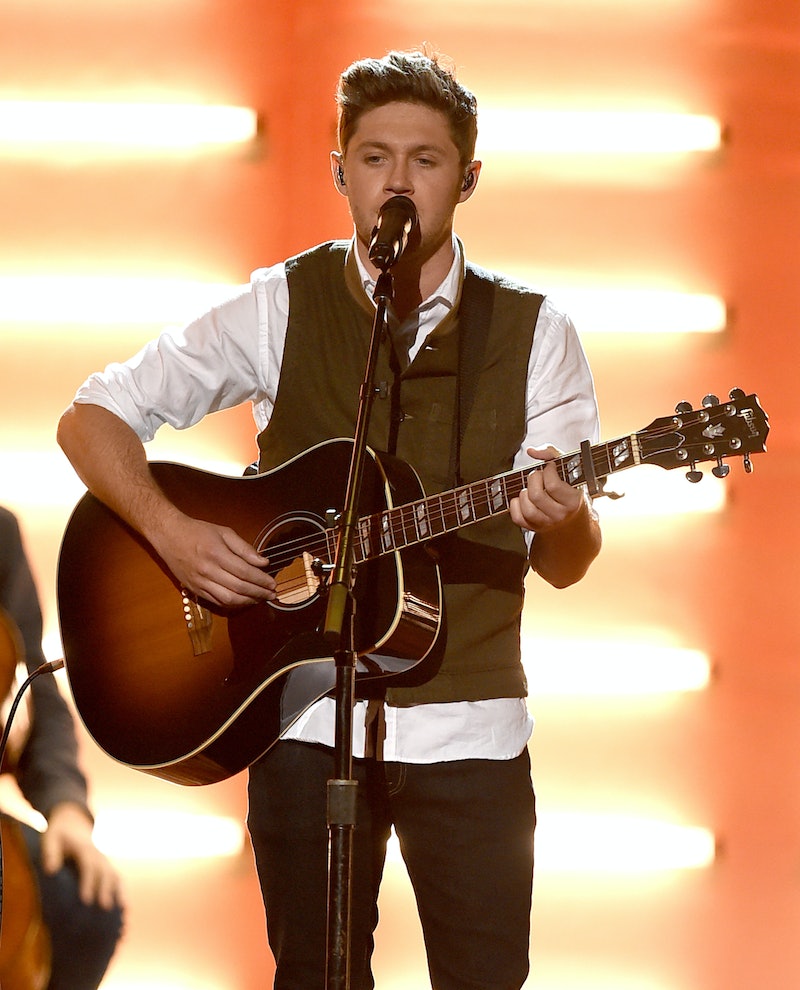 With every boy or girl band comes the inevitable breakup, and no one is safe. But luckily — for fans at least — those breakups usually spawn more music when everyone in the group goes solo. One Direction came on the scene from The X Factor fast and hard, breaking young hearts and producing sweet harmonies without a dance move in sight (that was my favorite part, mostly because boy band choreography is so bad). But, since nothing gold can stay, Zayn Malik left the band in 2015 to ford his own river of a solo career, and his band mates are following. One Direction's Niall Horan performed at the 2016 American Music Awards, and his solo single "This Town" has already been getting all kinds of buzz even before he hit the stage.

I’m going to be real here — Niall wasn’t exactly the hottest or most charismatic guy in One Direction to me. That award would go to Zayn or Harry Styles. But what I love about Niall is that he’s channeling his Ed Sheeran-esque musical taste into his solo music. He knows his strengths, and I like it. His performance at the 2016 American Music Awards played right into this, with a mellow set of Niall, a guitar, a few back-up instruments, and a Mumford-and-Sons-style vest (OK, I'm just joking about the last part).

But, honestly, if Niall wants to take the singer-songwriter path for his solo career, I'm all for that. He was one of the quiet ones in One Direction, and I think that sort of thing plays beautifully into a softer sound for his career. I mean, can you resist this singing Irishman? Look at the video below.

I used to think I was a Zayn lady, but Niall is quickly growing on me. It just goes to show you how difficult it is to be in a boy or girl band. Your music is picked out for you, and it's not necessarily the music that you would want to play if you had a choice. I'm glad that Niall has figured out what he wants his sound to be, because I, and his fans, really seem to be digging it.