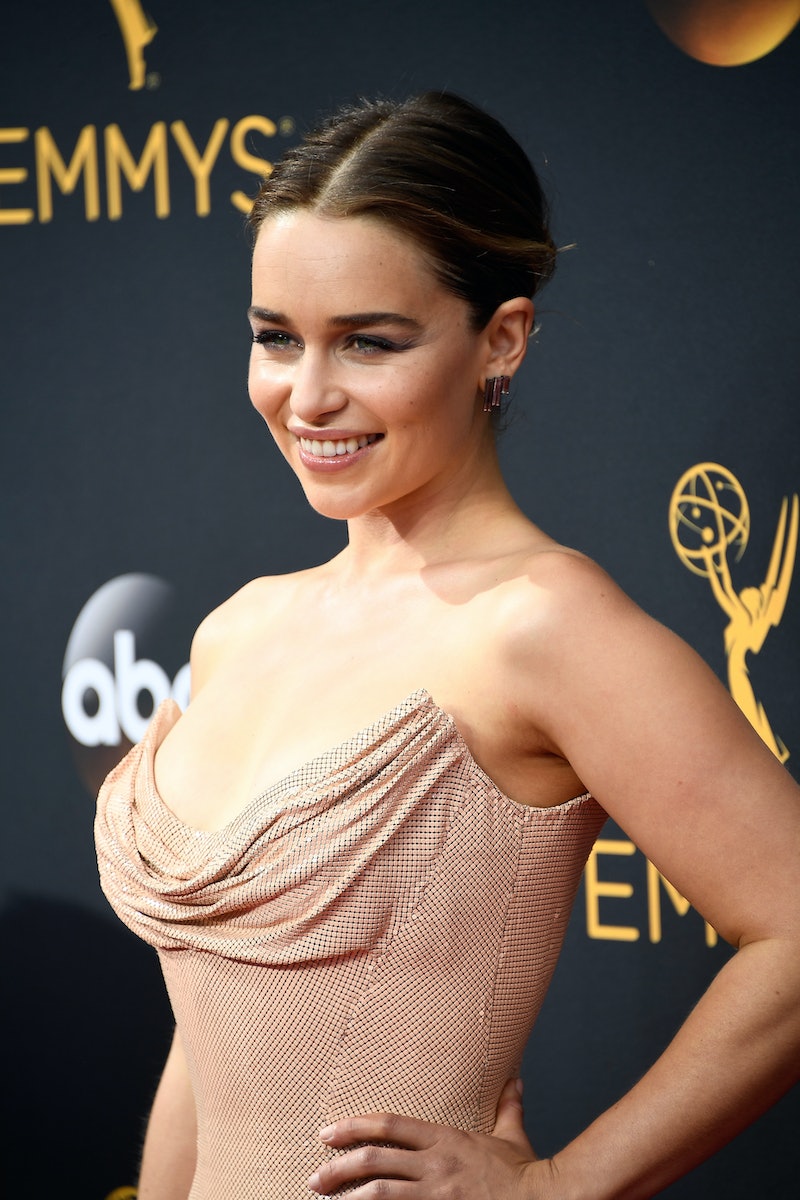 It sounds like Daenerys Targaryen climbed aboard Drogon and soared on over to a galaxy far, far away: On Friday, the Star Wars website revealed that Emilia Clarke will be in the upcoming Han Solo feature film. After hearing this news, I can't help but wonder — is Clarke a Star Wars fan? Let's investigate just how familiar this Game of Thrones star is with the Force.

As some background before we begin, here’s the announcement that was posted on the movie's site:

StarWars.com is excited to announce that Clarke, known for her stirring portrayal of Daenerys Targaryen in Game of Thrones, will join the upcoming untitled Han Solo Star Wars movie. Clarke’s role will round out a dynamic cast of characters that Han and Chewie will encounter on their adventures.

Clarke joins Alden Ehrenreich and Donald Glover — previously cast as Han Solo and Lando Calrissian, respectively — in the highly-anticipated film, which is set prior to the original Star Wars trilogy.

I don’t know about you, but I am stoked about this news — the fact that Khaleesi is heading to the Star Wars universe, two of my favorite fantasy worlds will collide, I can't wait to watch Clarke share the big screen with fellow gemstones Glover and Ehrenreich, etcetera. You know who else is (presumably) stoked about this news? Clarke. Not only is this a huge role for her, but Clarke also seems to be a Star Wars fan. And what’s cooler for a Star Wars fan than being in a Star Wars movie?

Call it a hunch, but that #solvingcrimesandfashionquerieswhilstfightingforafemaledarthvader hashtag, plus her solid lightsaber form, lead me to believe the Force is definitely with Clarke. I mean, she's already onto something with that "female Darth Vader" idea. And I can only imagine starring in the solo Solo flick will make her an even bigger fan.