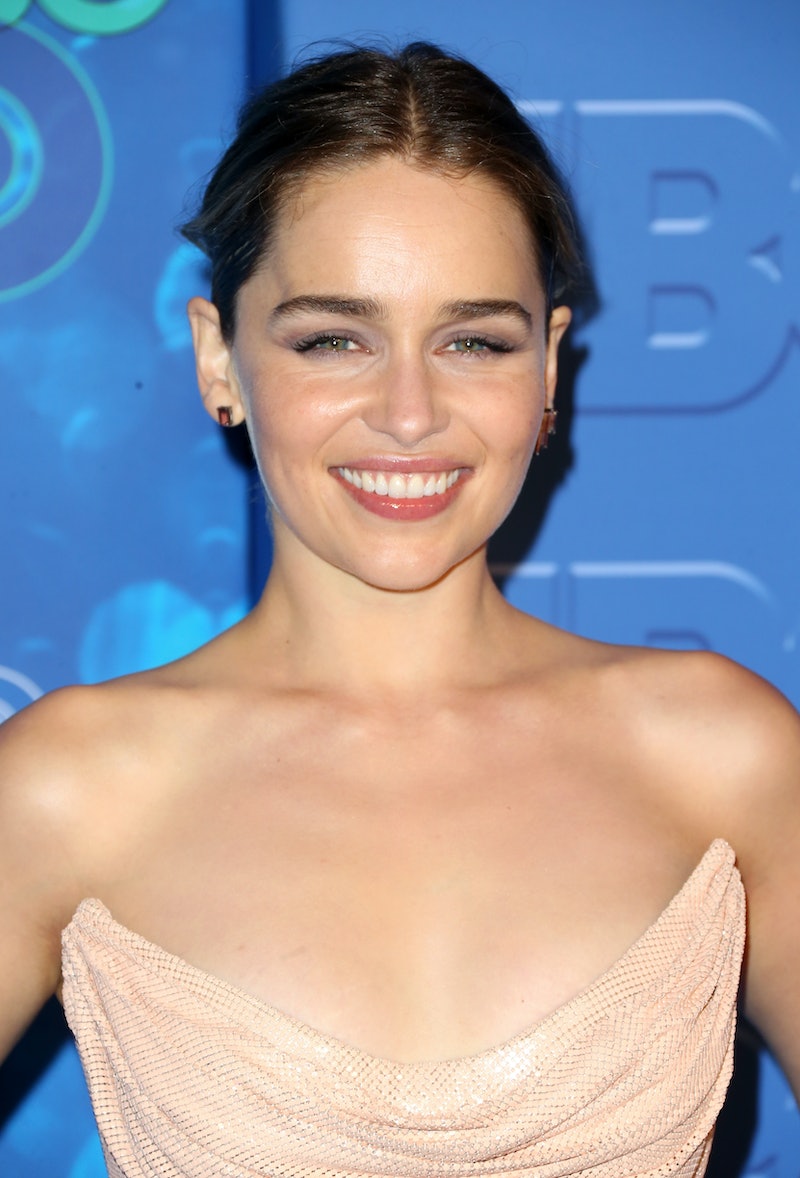 In an exciting bit of casting news, Emilia Clarke is joining the standalone Han Solo film. The confirmed news comes shortly after the announcement of Donald Glover's casting announcement — which was received with feverish excitement from many a fan — meaning Clarke's own involvement in the film is sure to leave us geeking out for months to come. Clarke is no stranger to the fantasy or action action genres, and has easily found a following in many a beloved fandom. In short: Clarke is absolutely going to knock her role in the Han Solo standalone film out of the park. No, wait. Out of the galaxy.

Clarke is best known as Daenerys Targaryen on HBO's Game of Thrones . At this point in time, her star-making role is well-known in pop culture. Interestingly, though, she has also made a name for herself outside of Game of Thrones in a variety of roles. Each previous role could ostensibly serve as a training ground for the kind of high-stakes action and adventure that will surely be foundational to the Han Solo film. She played Sarah Connor in Terminator Genisys, amping up those action-hero skills a few notches and taking no prisoners. Surely wielding the Force or a lightsaber will be as effortless as riding a dragon or firing a gun, right? Clarke's also had a prominent turn in the romantic drama Me Before You and, just as she's shown her softer side on Game of Thrones, her profound work in the role of Lou means she has the skills to hit some big emotional beats.

Clarke's confirmation in the Han Solo standalone only furthers my belief that this film is going to be a thoroughly excellent addition to the Star Wars canon. While the film itself is meant to stand apart from the main series, it will definitely serve to deepen our understanding of some of the most pivotal characters in the Star Wars universe. This means that the cast chemistry has to be on point. Considering Clarke is already joining Glover and Alden Ehrenreich, I think it's safe to say the chemistry is going to be perfect. We may actually be witnessing the creation of an amazing new onscreen team that will delight fans for years to come.

I'm nothing short of overjoyed by this casting news. Clarke's presence onscreen, as well as her public image of female strength and empowerment, will surely add some delightful heft to the Han Solo film. Additionally, the mere thought of Clarke bouncing one-liners and action-packed dialogue off Glover and Ehrenreich is the stuff of pure, geeky glee.