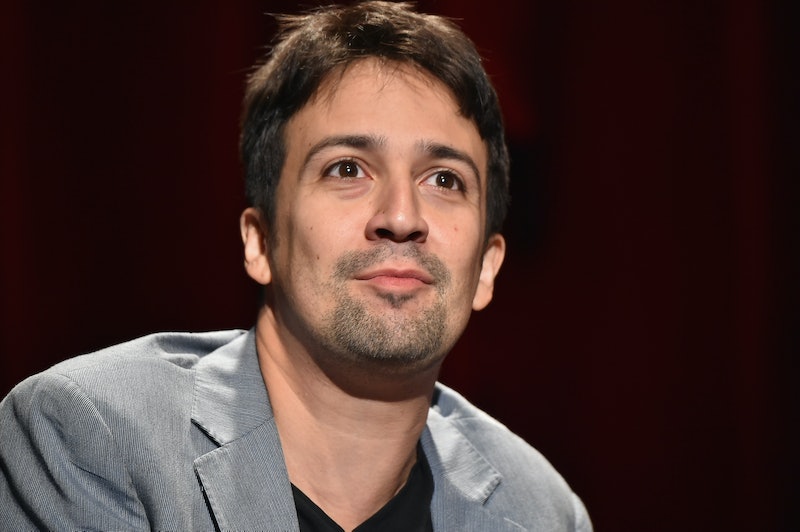 If you follow the news in any capacity at all — whether via newspapers, social media, people muttering things on the bus — then you may be aware that there was some minor controversy at a performance of Hamilton on Friday, Nov. 18. Vice-president elect Mike Pence came to see the show and, given his strong conservatism and record of backing anti-immigration measures, the audience seemed to find it mighty ironic that he was checking out a musical which celebrates a diversity of color and creeds. The crowd booed him. One cast member addressed Pence directly just before he exited the theater, and Trump reacted angrily on Twitter. But what was Lin-Manuel Miranda's response to Pence's Hamilton experience?

Besides his immense talent as both a composer and a performer, Manuel is also known for his warm and witty Twitter account. If you follow Miranda on social media, you know he tweets frequently and eloquently, so you could be sure that in a story as high-profile as this, he'd be sure to throw his 10 cents in. You wouldn't be wrong. Miranda's tweet supported his cast, supported Brandon Victor Dixon, the cast member who addressed Pence, and finally, sent a message of reassurance to his audiences:

Quite honestly? This is a great response from Miranda — the absolute worst thing he could do would be to back down as a response to Trump's tweets:

After all, if you've seen the video of Dixon speaking, you'll have noticed that the actor was exaggeratedly courteous to Mike Pence, even telling the crowd to stop booing ("There's nothing to boo here ladies and gentlemen, we're all here sharing a story of love.") before he addressed the vice president-elect. There's nothing to apologize for here — Dixon was just exercising his right to free speech and to open up a dialogue with a man he fears may not share the same ideological beliefs he does. Miranda's tweet is inspiring, because it reinforces that the theater truly is a safe space.

A similarly respectful but independent tone was taken by Dixon, who tweeted the following at Trump:

But this isn't the first time Miranda has taken shot at Trump. He teamed up with GQ to perform a one-minute teaser for a fictional musical based on Trump's tweets, with hilarious consequences:

All of this said, for a year in which Trump's ultra-conservative policies regarding immigration and Hamilton (which celebrates the significance of immigrants' influence on the American Revolution) have dominated headlines, it's only surprising that it's taken this long for these two worlds to collide.

A tip for Pence? You can't have your cake and eat it too. Which means, in practice, stating that Arizona S.B. 1070, the strictest anti-immigration policy available in 2010, was "a good faith to try and restore order to their communities;" voting against the DREAM Act (which aimed to grant the undocumented children of illegal immigrants non-immigrant status in exchange for certain conditions); and still hoping you can enjoy Hamilton, minus low-level heckling from the audience, seems too optimistic.