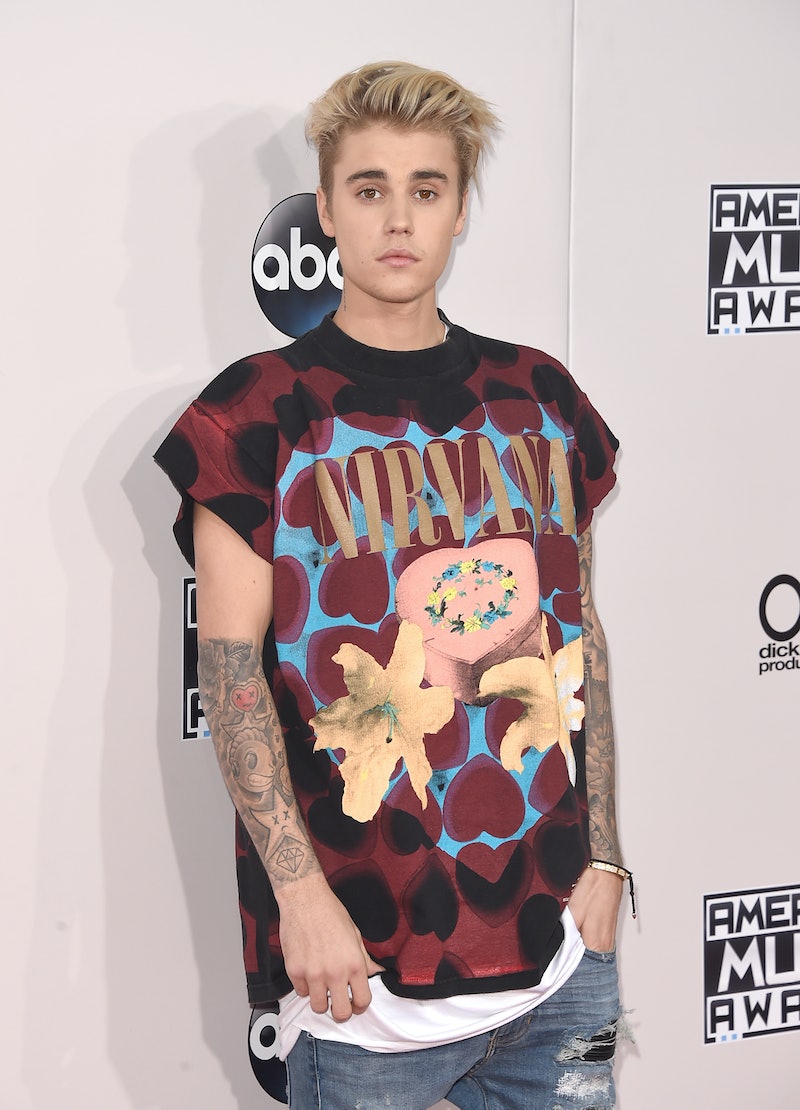 It's been a huge year for this star, but you wouldn't know it by his outfit. Justin Bieber dressed casually for his American Music Awards performance, but his clothing wasn't the only thing that was drawing attention. All eyes were on Bieber's hair, per usual, but not for the reason you might think.

Honestly, there's nothing that Bieber could wear to surprise me anymore. Instead of rocking his usually trendy tees and drop-crotch pants, the singer stepped onto the AMAs stage wearing a plain black tee and khaki pants. From his head to his toes, Bieber played it simple. That included his haircut. He ditched his normal trendy cut for something a bit more, well, normal. Basically, it looked like every other baby-bang wearing teen out there.

With so many opportunities to hit the stage, you would think Bieber would have put more thought into his hair. The singer has five nominations for the event — Artist of the Year, Favorite Pop/Rock Male Artist, Favorite Pop/Rock Album, Favorite Song in Country Category, and Video of the Year. Of course, his normal look didn't stop his fans from freaking out though. Just look at how casual Bieber looked form head to toe as he stepped on stage.

His fans had mixed opinions on his hair too. While some people loved that he opted for something different, others are missing his signature locks. These Twitter reactions sum the debate up perfectly.

*Check DMs just in case he needs some help.*

Some fans are loving it.

When you're low-key inspired by yourself.

Needless to say, it's all up in the air. Let's be honest though, this look won't be around for long. The singer loves to switch his look up too often for his fans to get attached.