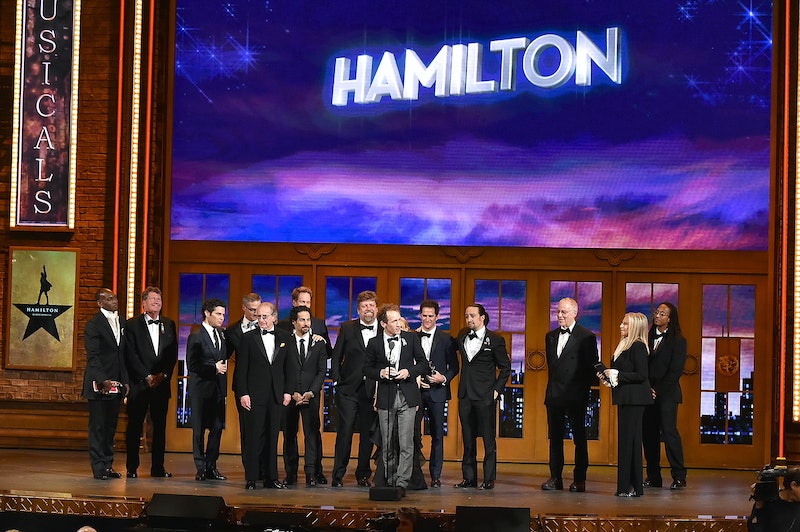 In addition to being a Broadway phenomenon, the musical Hamilton has an interesting history with Congress, including a debate about tax breaks and a fight against automated ticket-purchasing software. Sen. Chuck Schumer from New York has been the subject of praise within the theater community for his involvement in both of these legal battles.

Schumer led the campaign for a bill called "The Stage Act" which would allow backers of theater productions not to pay taxes for the first year of a play's run; since the majority of Broadway plays don't ever recoup startup costs, this law made it so that only producers who were already seeing profits would be required to pay taxes.

“Our investors would get irritated when they found themselves paying taxes before they got money back,” said Tom Viertel, producer of multiple Broadway shows. “The notion of paying a tax on a profit you haven’t received is obnoxious, and it took six years of hard lobbying to solve the problem.”

Schumer argued that preserving a thriving theater industry, which reportedly contributed $12 billion to New York City's economy in 2015, was vital to the state's economy as a whole. Hamilton's success (earning $74 million in one year) was widely seen as an example of the need for helping the theater industry continue to thrive. The show's popularity helped bolster the bill's visibility in government. Actors Nikki M. James and Christian Borle even personally thanked the senator for his contribution in helping Broadway.

Hamilton creator Lin-Manuel Miranda also partnered up with Schumer to push a bill that would hit ticket scalpers using automated software to purchase tickets for the show with a $16,000 fine. “My concern is that our show is about the founding of our country," said Miranda, "and if bots are buying up all the tickets and charging this insane secondary market price, most of the country can’t see it." Schumer added, “If the starting price for a ticket to ‘Hamilton’ is $189, but the bots have been selling them from anywhere from $600 to $2,000 a ticket — just think how much money the people make."

Hamilton tickets are notoriously difficult to get. In May, the show was said to be sold out until January 2017. The only options for those hoping to catch a performance of the play is to enter the ticket lottery or buy an insanely expensive entry from a scalper.

I, along with the countless others hoping to watch the play live, am crossing my fingers for the bill's success.