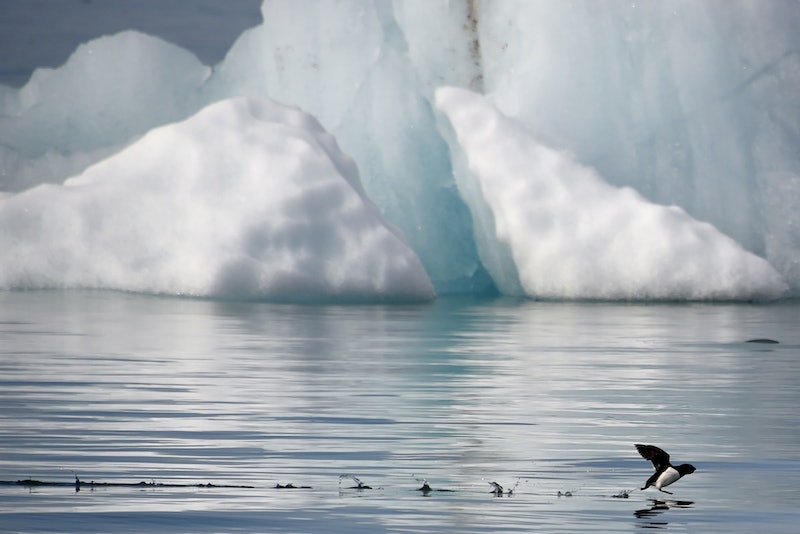 With everything that's happened in the United States over the last couple of weeks, there's no shame in admitting if you're feeling a little preoccupied. Indeed, plenty of people have been walking around as if they're still in a dream they can't quite wake up from, with President-elect Donald Trump now already making cabinet appointments for his incoming administration. But there's another story happening right now, and one that's of no less existential importance ― the North Pole appears to be stricken by climate change, and is now far warmer than it's supposed to be as the winter season approaches.

How much warmer, you ask? A lot. As Chris Mooney and Jason Samenow detailed for the Washington Post, the temperature at the North Pole right now is about 36 degrees Fahrenheit above where it should be based on previous years, resulting in slowed sea ice-freezing over the polar seas.

Needless to say, amid the intensifying urgency to address climate change for so many coastal and island locales across the world, and considering the United States just elected someone who once tweeted that global warming is a hoax perpetrated by the Chinese, these are pretty frightening times. It's no more reassuring when you see the North Pole's temperature visualized in chart form ― to the contrary, the abnormality and potential calamity of this moment are that much more apparent.

It's important to note, as the Washington Post report does, that ice is still building up in the seas around the North Pole, but it's happening at far slower pace that it normally would. It's also true that this could be some kind of momentary fluctuation that could remedy itself, at least quickly enough that it wouldn't necessarily be an omen of something truly dire and unforeseeable happening.

But that's all cold comfort considering that something bad definitely is happening, it's just a matter of how quickly. The overwhelmingly scientific consensus on human-caused climate change is overwhelming for a reason ― both because the science behind it holds up, and because of the indicators all around us that it's taking place.

That's why the current state of political affairs is so harrowing, as well ― assuming Trump's climate change denial can be taken seriously, his election could mean that the U.S. will pull out of the Paris climate agreement, a move which would have disastrous international and environmental implications. When you get right down to it, there have seldom been so many things to worry about all at once.