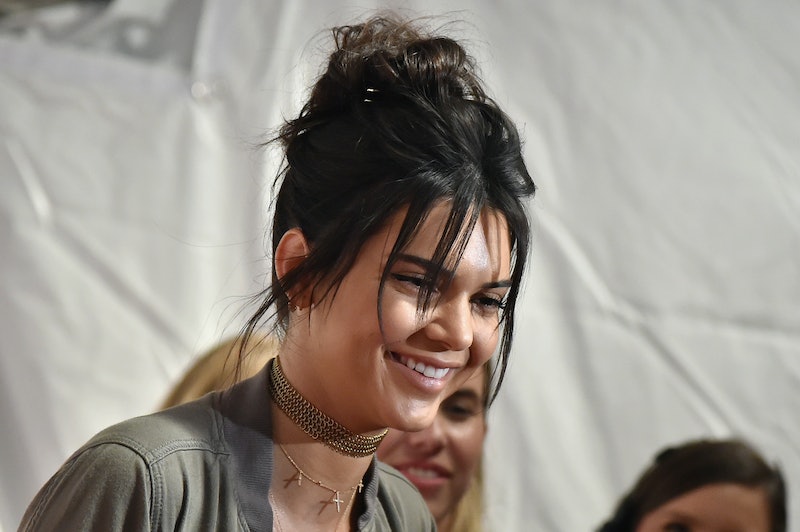 It's been a rough time for Kardashian fans without Kendall Jenner's presence on Instagram. The star told Ellen DeGeneres on Tuesday, Nov. 15 that she went on an Instagram hiatus because she "just wanted to detox." But what about us, Kendall? What about what fans want? Never fear, because Jenner is back on the 'gram and doing what she does best — showcasing her love of photography by way of a few photos featuring her closest friends.

It's great that Jenner is trying to do what is best for her own personal mental health and not what will make her fans happy. As she explained to the audience about her Instagram habits at The Ellen Degeneres Show, “I just wanted a little bit of a break. I would wake up in the morning and look at it first thing, I would go to bed and it would be the last thing I looked at. I felt a little too dependent on it so I wanted to take a minute.” We've all been there, but how many of us have had the strength to actually delete our social media accounts and curb our scrolling-on-smartphones addictions? Not many, that's for sure. The allure is too real, and it's good that Jenner decided to take action.

But it's also nice to see her return to the site. Early in the morning on Sunday, Nov. 20, Jenner shared a bunch of artsy photographs from a night out with friends. The red-hued images were a breath of fresh air and a reminder that Jenner is a talented photographer. It's inspiring to see that she got back on Instagram not because of the pleading of fans, but because she likes to take beautiful photographs chronicling her FOMO-inducing life with her many followers.

Jenner's certainly got quite a skill for capturing the beauty of candid moments, like in this photo captioned, "happy by me."

But "shy boy by me" is impressive, too. Jenner really manages to nab the feelings of her subject.

While on Ellen, Jenner told DeGeneres that she was surprised by how sad her fans were about her Instagram absence, saying, “It’s so crazy to me that it even became huge news like that. I guess I didn’t expect it. But I also took my Twitter off my phone. I didn’t delete my Twitter [account] entirely but I took the app off my phone. So I had no idea anyone was even talking about it. I didn’t even think anyone would care.” But girl, when you take such great photos and go to such cool places, of course people are gonna be devastated when you're gone. Jenner should totally take as many breaks from social media as she needs for her mental health, but she should know that her fans will always be waiting patiently for her return.