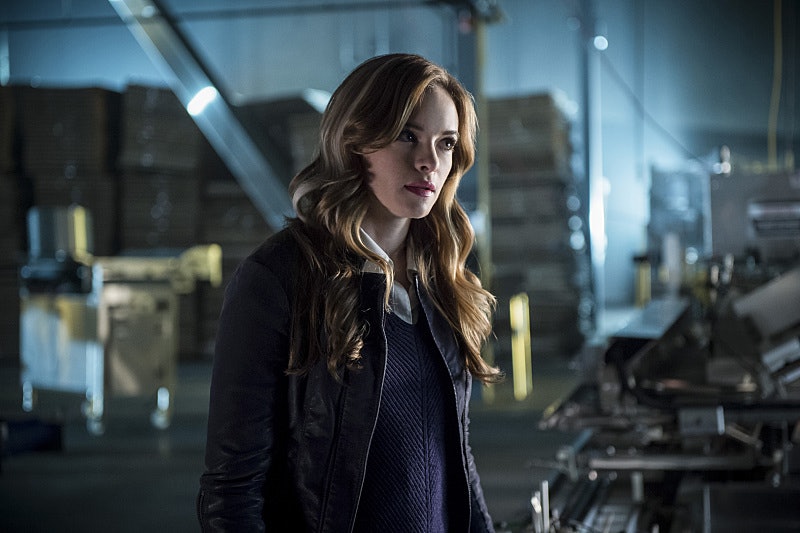 Barry's alteration of the prime timeline continues to reverberate in The Flash universe. For Caitlin Snow, the results of the shift have been particularly concerning. In Season 2 of The Flash, fans were introduced to Caitlin's Earth-2 doppelganger, an evil meta going by the name Killer Frost. Ever since Barry returned from Flashpoint, S.T.A.R. Labs Caitlin has been exhibiting similar icy powers to her malevolent lookalike. This Tuesday's episode is called "Killer Frost" and may show Caitlin either giving into her new biological directive or turning away from its cold influence. She's been an empathetic presence and a valuable member of Team Flash since the beginning; could Caitlin Snow really go bad on The Flash?

Cisco's vibe in last week's episode revealed that Caitlin is in serious danger of losing herself to these powers. At first, Cisco kept the vision of Caitlin viciously fighting him from her, but he finally told her so that she could be prepared and maybe even begin to change that future. Caitlin's distant mother tells her that the more she uses her abilities, the faster they will take her over. And since an anxious Caitlin couldn't keep herself from checking and re-checking that she wasn't just dreaming, she's used them a decent amount so far. A Caitlin with meta powers isn't a problem. But since the powers she's displaying are chilling her heart, the sweet, bookish Caitlin fans know and love may not be long for this world.

In a recent interview with IGN, actress Danielle Panabaker said that she's excited that to be playing another Killer Frost, this time before she's a total baddie. "I think it gets to be more of an origins story," Panabaker said. "Whereas in Earth-2, Caitlin Snow was just bad to the bone — nothing you could do about it. Here we get to learn a little bit more about how she got there."

This isn't a very encouraging statement for viewers who'd prefer Caitlin stay with the good guys. Unless her powers can be taken away from her, it seems like the S.T.A.R. Labs scientist won't be able to stop the cold from spreading. (Can Alchemy also reverse what he does? Maybe he's the solution.) Panabaker told Entertainment Weekly that her character is clinging to her faith that all is not lost. "She does have hope," the actress said. "Caitlin is inherently a very hopeful person, but having seen how evil Earth-2 Killer Frost was, I think she’s afraid she could turn that way and she’s going to do everything she can to prevent that."

Caitlin looks to be losing control already in the promo for Tuesday's episode. Perhaps Cisco's vibe took that hope away and Caitlin finds herself less inclined to deny what she's beginning to see as her true nature. It's shocking to Barry, for sure. She's on the verge of attacking him, and The Flash is still hesitant to fight back against his friend.

If Caitlin Snow does go bad, it's going to be a heartbreak for The Flash audience and a dramatic loss for S.T.A.R. Labs. On the plus side, Panabaker does play one menacing villain.