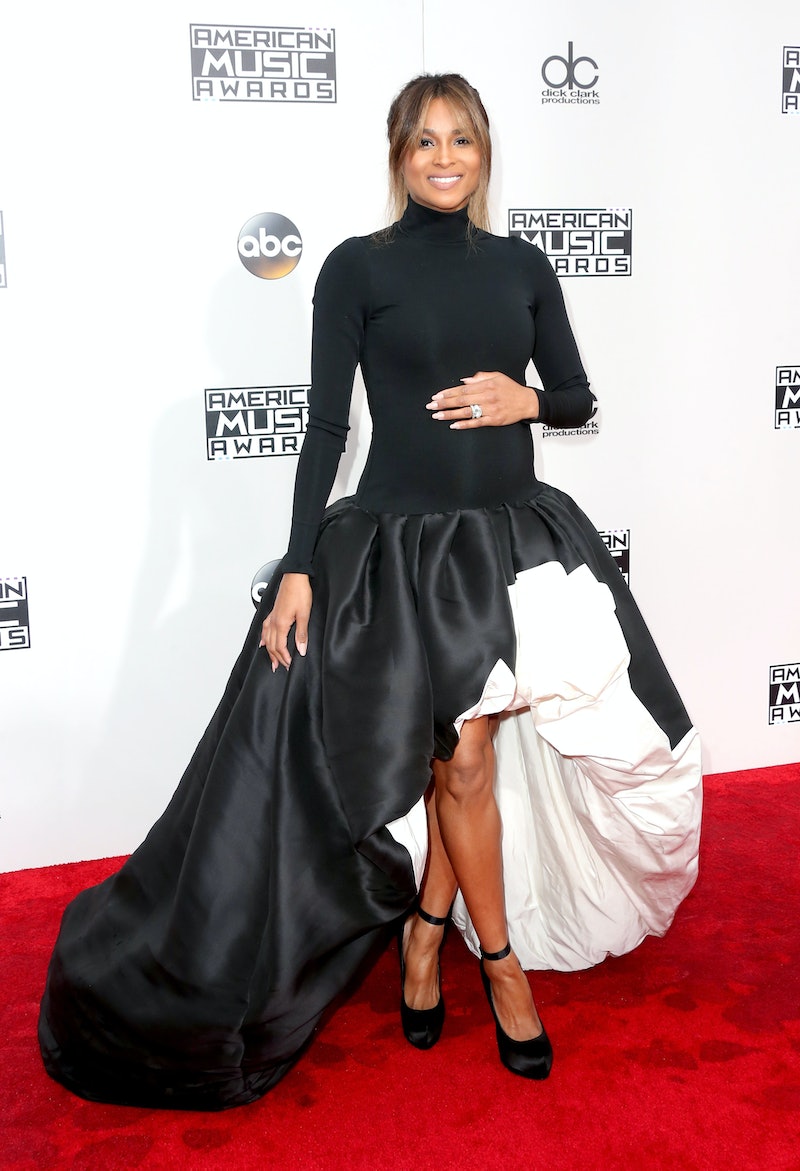 It's happened: we've just witnessed the sweetest arrival on the 2016 American Music Awards red carpet. Clad in a cute black and white dress with a very seasonally-appropriate turtleneck, Ciara rubbed her pregnant belly as she arrived on the AMA's scene on Sunday night, glowing and happy. Hands down, this is the best couple on the AMAs red carpet, and you can't convince me otherwise. I mean, did you see her smiling from ear to ear? It was infectious. Her baby hasn't even been born yet, and Ciara's already showing them off to the world on the red carpet.

As she took a moment to pause and chat with E! red carpet host Jason Kennedy, it was clear to see that Ciara was already in full mommy-to-be mode. She gushed about her newlywed bliss to husband Russell Wilson, opened up about the joys of being a mother to her son, Future Zahir, and joked that she occasionally forgets that she's pregnant when she's running around and working. How does this amazing woman do it? I get tired just thinking about the kind of crazy schedule Ciara packs into one week, but doing it while pregnant? I can't. I literally can't.

Ciara has had a relatively low-key year, choosing to focus on her personal life rather than flood the airwaves with her magic (but seriously, Ciara, make your musical comeback, OK?). She'll be a presenter at the American Music Awards, joining the illustrious presenter ranks alongside Taraji P. Henson, Nina Dobrev, and Robert Downey Jr. to ensure that this year's awards ceremony goes down in history as one of the best yet.

Until she takes the stage as a presenter, though, I think I'll just have to settle for gushing over how precious she looks in her mom-to-be glory. She makes it look so effortless. Here's to hoping that her second child will inherit all of Ciara's beauty and talent in spades.