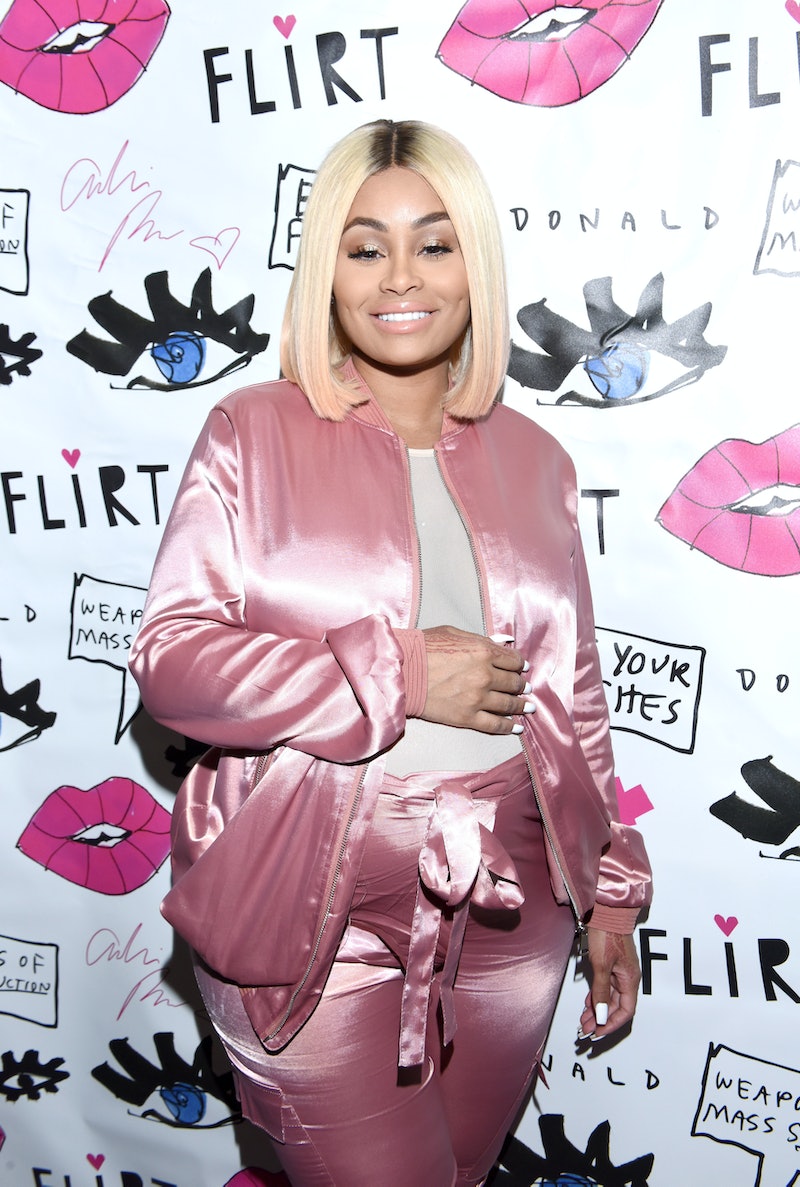 Let's be honest: The Kardashian's family's adjustment to Rob Kardashian and Blac Chyna as a couple — an engaged couple who are now parents less than a year after their relationship began — has been pretty rough, and Keeping Up With The Kardashians has chronicled that. But on Sunday night's new episode, it seems like the issues between Rob and his sisters over the Chyna situation has officially come to a major head, and the drama could be worse than ever. On the KUWTK finale, the Kardashians throw Blac Chyna a baby shower, and it leads to one ridiculously messy misunderstanding.

Rob's sisters first get the idea when they realize they'll all be out of town during Chyna's first shower, so they want to throw her another one since their entire family won't be able to make it. But then, she and Rob have a major fight, and their party plans need some adjusting. Kourtney has the brilliant idea to throw him a shower to make him feel less overwhelmed by his relationship problems and his impending fatherhood, and it's actually a pretty cool plan. They're going to invite all his guy friends over to hang out with him and throw him a shower perfect for a dad-to-be. What could go wrong?

Um, in this family? A lot. Because remember back when Rob got so mad that his sisters threw Chyna a baby shower that he leaked Kylie's phone number on Twitter? This is the same exact shower, and here's what really happened: They actually called Chyna ahead of time to see what she thought, and the idea of throwing Rob a shower for himself was 100 percent sanctioned by her. But the day of the shower, he called and said he wasn't coming, and then, all that drama unfolded that we all witnessed on social media back when it happened in real time.

But then, something amazing happened. Rob called his mom to apologize, and told her to go into the backyard for a surprise. Waiting there for her were giant gold balloons that spelled out, "I love you, Mom" — how sweet is that?! And later, he ended up coming over for a smaller, more low key shower with just family, so there was a happy ending after all.

And it really is a happy ending, because now, Dream Kardashian is here, she's beautiful, and Rob seems to truly love being a dad. Maybe the drama's done for now? Eh, probably wishful thinking, but at least their lives will never be boring — and neither will KUWTK.