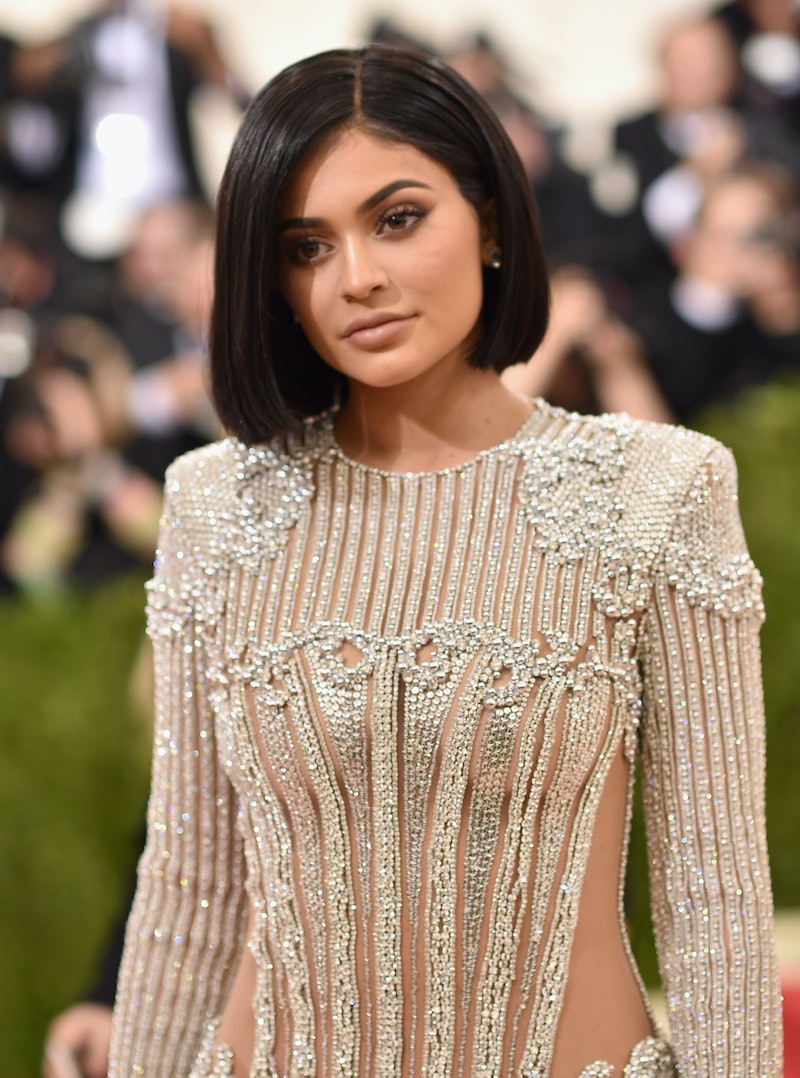 Tuesday has been quite the whirlwind day in Kardashian land and all thanks to Rob Kardashian leaking Kylie Jenner's phone number. The situation is actually quite involved and a big mess, but the Kardashian-Jenner family can never seem to escape the drama, can they? Apparently, after learning that Blac Chyna was not invited a baby shower Kardashian's sisters were throwing for him, his anger pushed him to tweet what he says is his youngest sister's phone number. After two tweets with her phone number listed, Kardashian wrote, "Didn't invite the Mother of my child to a baby shower you all were trying to throw for me? You all must have lost your damn minds." Bustle has reached out to a rep for the Kardashian-Jenner family for comment, but has yet to receive a response. So, why did Kardashian only leak Jenner's phone number? Why did he specifically target her and not release anyone else's number?

At first glance, it's confusing why he decided to hand out Jenner's number, especially since it appears that all of his sisters planned the baby shower. He does say "you all were trying to throw for me," after all. According to TMZ, the Kardashian-Jenner sisters planned two separate baby showers, because Kardashian and Chyna are broken up and they haven't spoken to one another for months, the site reports. They reportedly split before the releasing of the phone number. Per TMZ, Chyna agreed that "separate showers were best," but Kardashian wasn't aware of that until after he tweeted Jenner's number. Bustle has reached out to both Kardashian and Chyna's reps regarding their alleged breakup for comment, but is still waiting for a response.

Sources who spoke with Entertainment Tonight claim Kardashian hasn't adjusted to the fact that Chyna was once engaged to Tyga and has a son with him. Tyga also happens to be Jenner's very serious boyfriend. It definitely makes for one awkward situation and for some interesting family get togethers, but as a source told ET, "The entire situation is so bizarre, and Rob has always been insecure about that." The source also claimed that Chyna and Kardashian's relationship has been strained recently, but the source doesn't think she's planning on breaking up with him. All of this could have easily influenced his actions when it comes to leaking Jenner's number.

As detailed by E! News, Kardashian, Jenner, and Chyna's relationship has been filled with many ups and downs. They've had some good moments, but also plenty of bad ones, too. For example, there was that time people took an Instagram post from Jenner as throwing shade at Chyna. However, there have been several times Jenner and Chyna seemed to be on the same page, like when Chyna told People in September, "We've all talked, I've met up with Kylie. Everybody is mature. We're not holding on to grudges. We've moved on." Maybe Kardashian can't get past the bad times and decided to do something about it.

On the other hand, that same ET source also said that Kardashian "is still convinced his family doesn't like Chyna," but that supposedly isn't true. "[They] thank her every day for coming into Rob's life and changing him," the source added. "He's such a better person with Chyna, and all the girls see that."

If they've moved on, then why would Kardashian feel the need to throw shade Jenner's way? Nothing is confirmed yet from anyone in the family, but it's clear that Jenner has been more involved in the drama that's surrounded Kardashian's relationship with Chyna than any of the other sisters, simply by the fact that she's dating the man Chyna has a child with and was once engaged to. We'll have to wait and see if Jenner or Kardashian speak out about the situation, but it seems Kardashian feels more wronged by her than any of his other sisters.