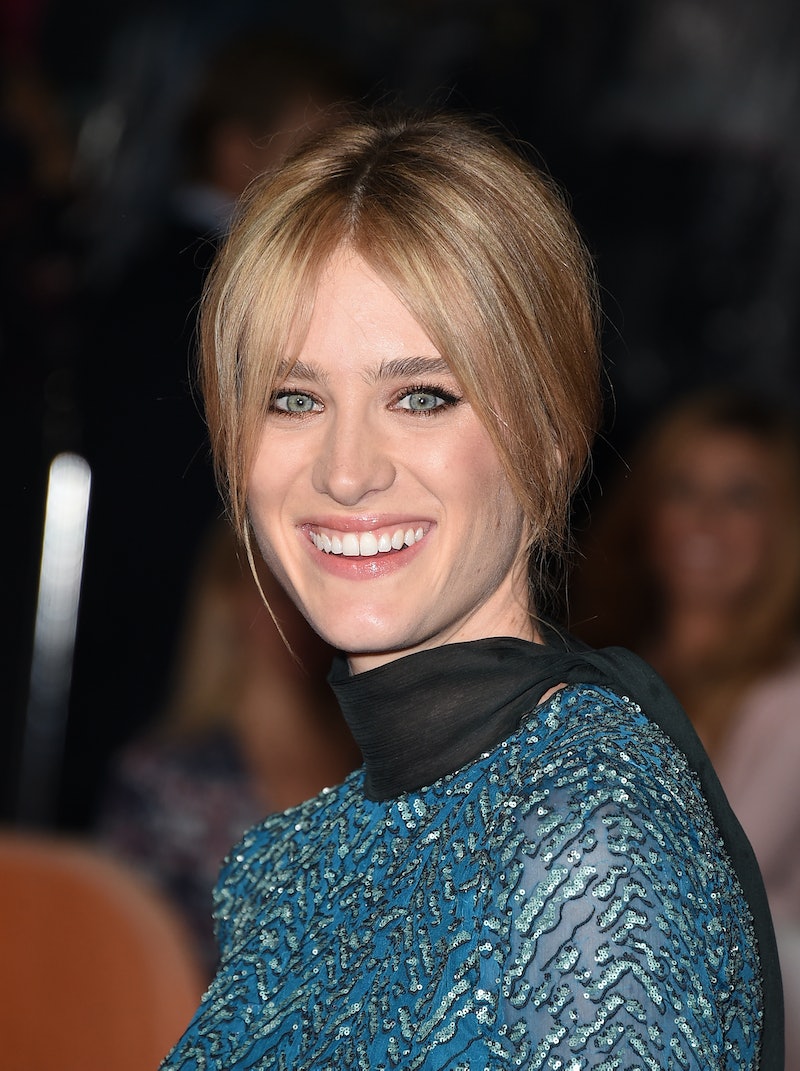 Everyone should feel like they're able to ask for what they need, women in the film business included. But in an industry that has long had a problem with gender equality, asking for more — more scenes, more money, more respect — can be scary, and is something actor Mackenzie Davis has learned firsthand. She's been acting regularly for the past five years, and yet she still occasionally struggles to ask for what she wants. But she's trying to change all that: Davis wants to be treated equally to her male counterparts, and she's learning to ask for what she knows she deserves.

"In my own career I think I find it hard to distinguish between being [a woman] and being new," the 29-year-old says over the phone, one week before her latest, Always Shine, hits theaters. "Each stage of my career is new for me so I don't know what the norm is: how much I should be paid or how much credit I should be getting. It's hard to decipher what is my 'femaleness' and what is my 'newness.'"

It's an interesting dilemma: Many careers come with a period of "paying your dues" — learning the ropes, completing less glamorous tasks, perhaps even taking less pay — but how does this work in Hollywood? What's the proper balance? How do you pay your dues while asking for what you need?

According to Davis, she walks this fine line by doing plenty of research and learning to manage her own expectations before accepting a job. "It's important to advocate for yourself and what you deserve. Do research and find out what other people are receiving, not just payment, but treatment and respect," she suggests. "In the past I think I was just so thankful for so long to be invited to the party that I lost my voice a little bit. Now I feel more able to ask for what I think I deserve."

Her willingness to voice her wants and needs is so supremely important, especially because women are underrepresented in film enough as it is. A study conducted by Center for the Study of Women in Television in Film found that in 2015, females made up 22 percent of protagonists, 18 percent of antagonists, 34 percent of major characters, and a dismal 33 percent of all speaking characters in the top 100 domestic grossing films of that year.

And because of this, for Davis, stories about "men saving the world," or "someone dismantling a bomb," are no longer interesting. "Not everything has to be some political diatribe, but I crave more and more movies with necessary things to say — maybe not necessary to everybody, but necessary to the person making them," says the actor.

She voices this desire by aligning herself with female filmmakers and collaborators when possible. For example, on AMC's Halt and Catch Fire Davis plays Cameron Howe, a rebellious computer programmer in the 1980s who constantly challenges the male-dominated world of tech in which she exists. Outside of her progressive character, the show boasts plenty of female talent on and off screen.

"Our producer is amazing and she should be every woman's role model. She's at great at filling our seasons with really interesting female directors. I've been able to work with a lot of female directors — Kimberly Pierce, Karyn Kuama, Larysa Kondracki, and Daisy Mayer — just really cool women," she says.

And while there are small changes being made for gender equality in the industry — like Davis' impressive list of directors she collaborates with, or the fact that characters like Cameron Howe even exist — it's not enough, because as Davis says, "we were on the sidelines for too long." So what else can we do to further the discourse and create real change?

"By making certain behaviors shameful and unacceptable," — like paying men more than women for the same jobs, for example — "we can have a discourse about it and create some sort of social momentum where suddenly that thing is not accepted. That's a way of affecting some change."

Davis is learning to speak up about her needs, and encourages others to do the same. She's also choosing projects that better align with her interests, like Always Shine, in select theaters Dec. 2, an indie film (with an impressive Rotten Tomatoes rating) about two friends and actors that serves as a timely and smart criticism of women's roles in Hollywood.

Davis, like all women, deserves equality in all things, especially her career, and by being vocal about her struggles — however big or small — she sets a great example for other women to demand their own equal treatment, too.