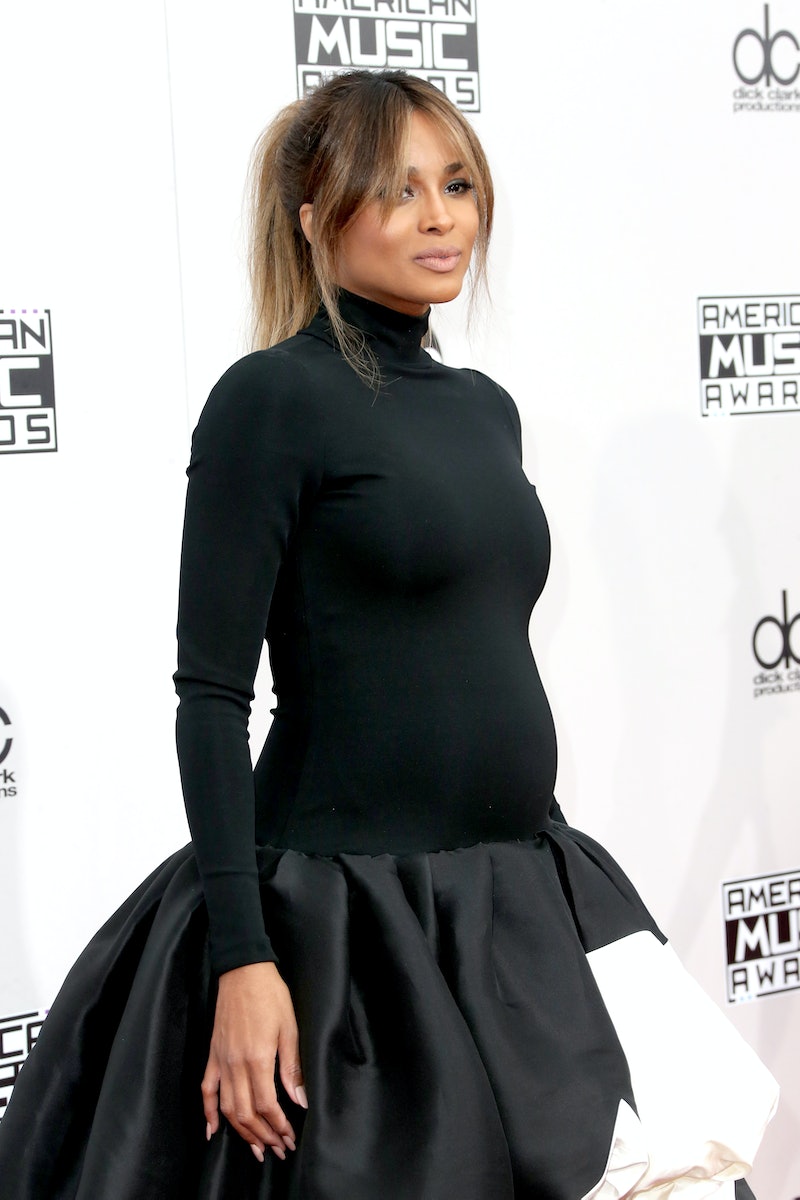 A fancy pony is peak tricky business for mere mortals, but nothing is quite as glamorous in the hands of a professional. Take Ciara's ponytail at the American Music Awards last night — a hybrid of bedhead volume and face-framing bangs, the elegant-sexy style struck the perfect balance to complement Ciara's turtleneck French-New-Wave-goes-Hollywood look. The look translates equally well to the everyday, amping up the panache of any typical day "what does it matter" hair. So avoiding said trickiness, how do you get Ciara's stylish ponytail from the AMAs? Here's the low-down from its creator.

According to MIZANI Global Artistic Director César DeLeön Ramirêz, the vision was "a long messy ponytail with a '70s inspired fringe" that would complement without stealing attention from Ciara's showstopper dress. The slip-through-your-fingers silkiness came from Ramirêz blowing hair out with MIZANI Thermasmooth System and a GHD blowdryer. And like, look at that shine.

Ramirêz then center parted her fringe area, sectioning out hair around her face to create a face-framing layer. For the ponytail, it's not your typical toss-up: Ramirêz sectioned her head into front and back, and used a GHD paddle brush to brush back and secure the back section into a ponytail. This creates a base anchor at the center of the back of the head, for fun to come. Ramirêz then attached extensions, his “Faux Cesar-Do Pony Tail” custom-colored to blend with her honey blonde color.

To hide and blend the faux pony, Ramirêz incorporated the remainder of her hair into the ponytail for a big sexy, messy pony — a Bardot-inspired reminiscence, according to his Instagram, minus any backcombing damage. A little custom-cut action came next, with bangs snipped into a '70s-inspired fringe. To get that straight and incredibly shiny finish, Ramirêz used a GHD flat iron both on the ponytail and bangs area.

Ramirêz reached for MIZANI's HRM Humidity Resistant Mist to battle the rainy Los Angeles humidity and hold his “Cesar-Do” in place. Truly a testament to its strength, I didn't even know it was raining last night.

How can you even talk about weather when Ciara looks this good, though?