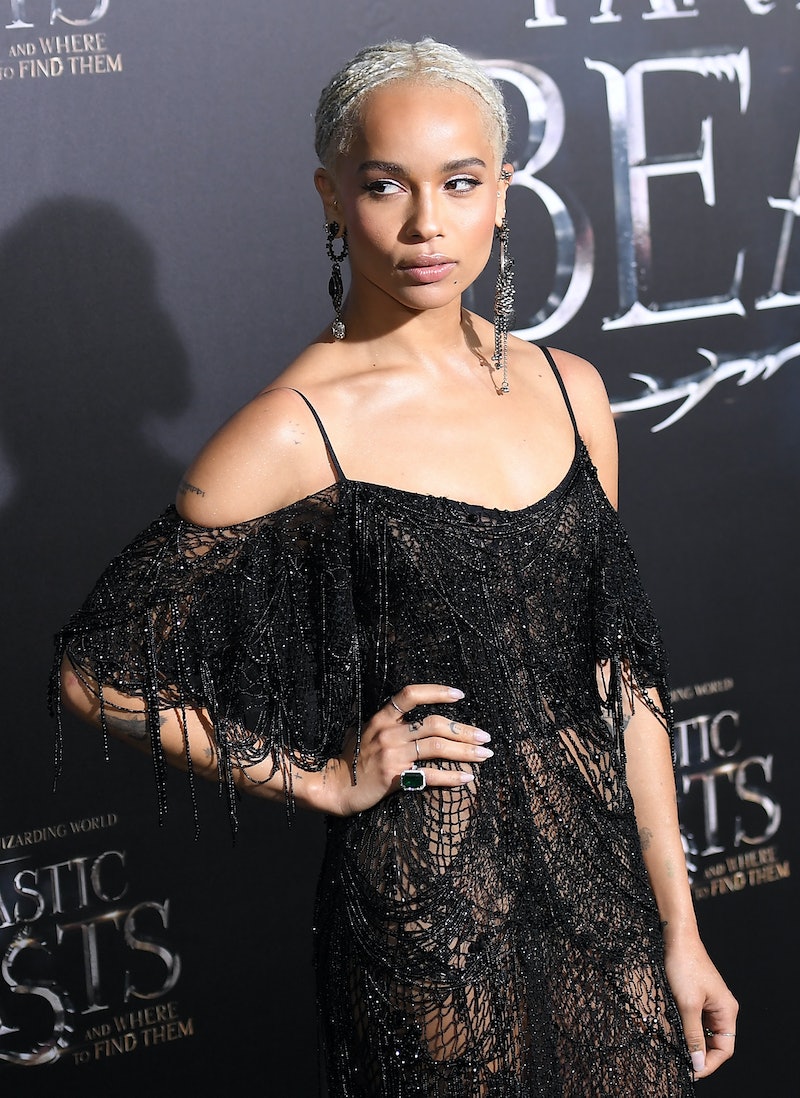 A very famous wizarding family get a shoutout in Fantastic Beasts and Where to Find Them, and it's not the Potters or the Weasleys — it's the Lestranges. In Fantastic Beasts, the Lestrange family doesn't directly appear, but it is teased that Newt Scamander had a close relationship with one Leta Lestrange (played by Zoe Kravitz). If you're like me, the second you heard that name you thought to yourself, "I don't remember a Leta Lestrange." And if you then panicked about possibly forgetting a Harry Potter detail, don't worry: Leta Lestrange is not in the Harry Potter books.

In the Harry Potter series, the Lestranges are a pureblood family introduced via Bellatrix Lestrange, a Death Eater and Voldemort loyalist who tortured Neville Longbottom's parents and (twist/spoiler) ended up bearing Voldemort's child. Now, in Fantastic Beasts, the Lestrange family has, thus far, not murdered any of the main character's loved ones. In fact, Leta only appears in one scene, and in that scene, she's just a figure in a photograph. But that's not to say that she isn't important. In the film, Newt tells Queenie about Leta after she finds an old photograph in his magical case, describing her as one of his closest friends. It's implied that the two were outcasts while at Hogwarts, and grew close — very, very close. But then something happened, he was expelled, and the two grew apart. By the time Newt arrives in New York, he hasn't spoken to Leta in years.

This might sound like old news, but based on her last name and the wistful look Newt got when he spoke about her, it's clear Leta is going to come back to the series. There's still a lot we don't know about Newt's history, like the real reason he was expelled from Hogwarts, and I'm guessing Leta played a very important role in Newt's past. For now, the only thing we know for certain is that she came from a family of dark wizards — perhaps she even birthed some potential Death Eaters — and that Queenie, using her legilimens power, described her as "a taker."

Given the fact that Leta is a new character to the Harry Potter world, there isn't much we can learn about her from the Harry Potter series, but we will be learning a whole lot more in the planned Fantastic Beasts sequel. "Leta comes into the second movie," director David Yates said at a recent press junket for Fantastic Beasts and Where to Find Them . Yates added that Leta could be a potential threat to Newt and his budding relationship with Tina. "Newt is still absolutely in love with [Leta], so she has a kind of power over him," Yates added.

Leta's future in the series is unknown. Perhaps she abandons her pureblood family and fights against Grindelwald. Or maybe she's already on the evil wizard's side. Whatever happens, it will be a complete and Fantastic surprise.