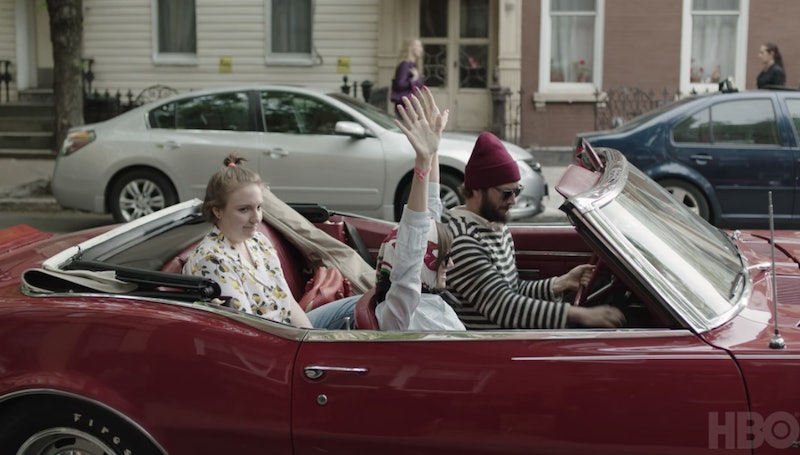 The end of Lena Dunham's TV series is almost here. Airing at 10 p.m. on Feb. 12, the beginning of the final season will be here quicker than you may think. With that in mind, this is an emotional time for fans — so it's great news that HBO released a first look at Season 6 of Girls. In the 40-second teaser, we learn that changes in the form of adulthood (gasp!) are coming the way of the girls and the rest of their crew. As the trailer text reminds us (and them), this is "their last chance to get it almost right." And it definitely seems like things are coming to an end, specifically when Hannah Horvath starts debating with Elijah about leaving New York City bemoaning, "I haven't made my mark on this city yet."

Wait — but does that mean Hannah is leaving New York City for real? And why? As Elijah points out in a largely sarcastic manner before the two start laughing, "You've made so many wonderful friendships." If this strong friendship tidbit were true, the relationships might keep Hannah in the city ... but as it stands, Hannah isn't really pinned down to NYC by friend or job. She could be a writer anywhere, and probably have much cheaper brunch options.

There's a few other key items to note in the trailer, besides the fact that Hannah might be seeking her fortune somewhere else (I can totally picture her in foggy London town). For one, Shoshanna and Elijah look awfully nervous yet chic, while riding in a fancy elevator. Shosh wails, "OK, I'm kinda freaking out." For another, Marnie and Desi are looking all beachy and still trying to make hanging out and working together a thing, even though they are divorced. Then, Adam and Jessa, who ended the season in a fight, are pretty excited about something. Oh, and Hannah's surfing.

With age must inevitably come responsibility, huh? Maybe this season we'll get to see the girls and boys of Girls figure their lives out — mostly. Whatever happens, it's going to be a bummer to see the HBO series go. Is it too crazy to hope for a spin-off of Hannah if she ends up in a different city? Probably not, right?