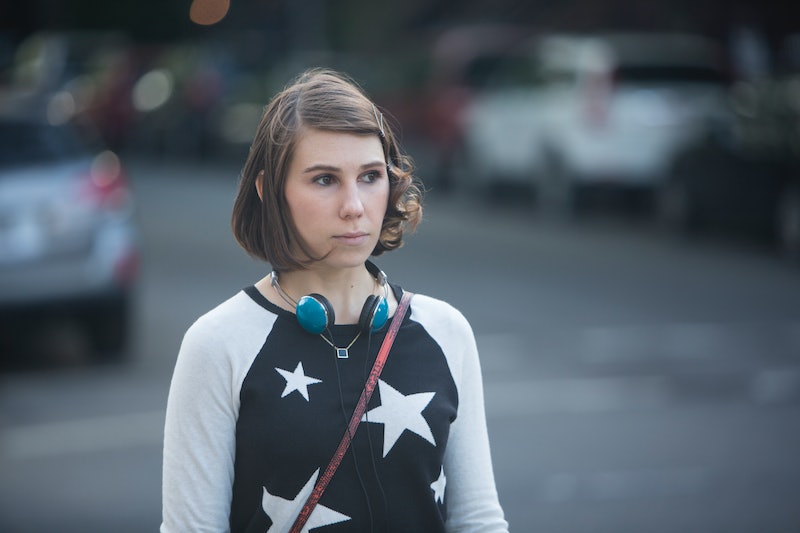 Thanks in great part to actress Zosia Mamet, Girls ' Shoshanna has always been something of the show's wild card. The youngest of the bunch, she was the only one still in school when the HBO series started; she's always felt like a tag-along, following in her older friends' footsteps while facing struggles like graduation, losing her virginity, and finding a job. And no matter how hard her life gets, she's always got a good zippy one-liner to make us laugh, ever since her British cousin Jessa showed up on her doorstep in the first episode and revealed that she didn't have a Facebook account. "You're so f—king classy," Shoshanna said.

It wasn't really until Season 3 that Shosh started graduating from funny sidekick to fully-realized character of her own. The turning point for her character was the series' funniest episode to date, "Beach House," where — after a drunken night of forced bonding — Shoshanna unleashed a venomous stream of honesty at her three self-absorbed friends. Shosh became Girls' best character virtually overnight, a title she continues to hold in Season 4. Her main arc of the season so far has been her quest for a job, which has led to some genuinely cringeworthy interviews as the naïve graduate self-sabotages in front of our very eyes.

While Shoshanna continues to search for her path in life, let's take a moment to reflect on why she's undoubtedly Season 4's MVP:

1. We Finally Learned Her Tragic Backstory

2. Her Fashion Has Been On. Point.

What is she wearing? I'm not even sure, but I am sure I love it.

3. She's The Queen Of Subtlety

Or maybe not, considering how hilariously she's botched both of her job interviews this season.

4. She's Not Afraid To Be Brutally Honest With Her Friends

"It's like one of those billion-dollar songs where, like, the first time you hear it you hate it but then they play it on the radio, like, 800 times and then you love it." We all know exactly what you're talking about, Shosh. So does Taylor Swift.

Seriously, I wouldn't care to know someone named Mimi-Rose Howard, either.

Also, again with the fashion: On. Freaking. Point.

7. And She Knows When To Drop A Well-Timed Compliment

"A little flattery will support a man through great fatigue." — James Monroe, 5th President of the United States

8. Most Importantly, She Voices All Of Our Frustrations

Seriously, being an adult seems so glamorous... until you're an adult.