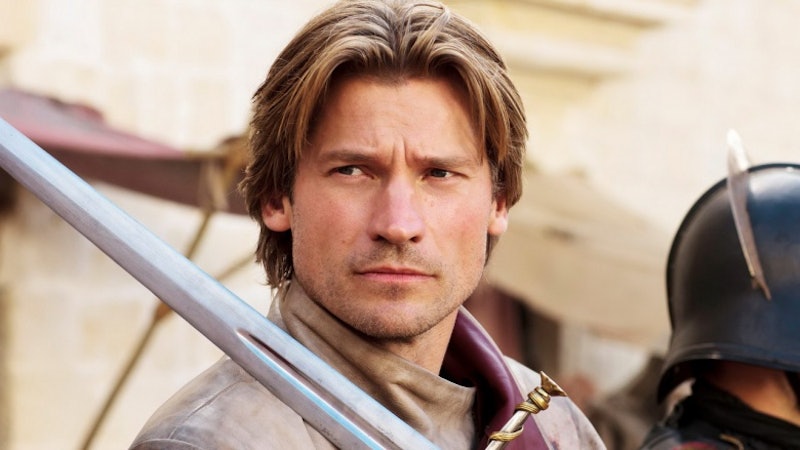 As any superhero fan will tell you, a good villain is just as important as a good hero. It's all well and good to have an amazing protagonist who's skilled at punching people, but you have to care about who they're punching, too. The best villains in literature are complex, nuanced, and occasionally even just misunderstood. So here are a few literary villains who really weren't so bad (or at least, they turned out OK in the end).

Now, to be clear, I'm not excusing anyone's wrongdoing, even fictional wrongdoing. I mean, did I think that the Phantom of the Opera was just a dark, tortured, misunderstood romantic when I was twelve? Yes. Yes, I did. And that explains a lot of the dating decisions I made as a teenager. But I now understand that having no nose (in the book the Phantom doesn't have a nose) is not an excuse for kidnapping, murder, or chandelier destruction. It might be an excuse for extorting money from an Opera House... I'll let you decide that for yourself.

In any case, these are villains who did bad things, but who aren't necessarily bad people through and through. Maybe they thought they were in the right the whole time, or they had a change of heart later on—either way, they could have been a lot worse:

Long John Silver is the main villain of Treasure Island, and he does a pretty good job of being villainous: he's a pirate. He starts a mutiny. He's trying to steal treasure. He has a parrot. But he's also portrayed as fatherly, likable, brave, and willing to change sides. He tries to keep the other pirates from hurting Jim, and I think it's fair to assume that his life had given him few options beyond piracy. Just let him have the treasure, guys, no one else is using it.

2. The Wicked Witch of the West

OK, so our modern idea of L. Frank Baum's original witch is heavily influenced by the movie version, and by Gregory Maguire's Wicked. In Wicked, we see her as a political revolutionary avenging the death of her sister. In the original book, the Wicked Witch of the East isn't her sister, and she isn't even green. But... she still kind of has a point, because why was Dorothy never tried for manslaughter??

Shylock, from Shakespeare's The Merchant of Venice, isn't a particularly nice guy. He does ask for a pound of flesh as collatoral for a loan, which is pretty uncool. But he only sets those terms because his clients are openly antisemtic Christians who have been ruining his livelihood. And he doesn't deserve the hate he gets. Every character, including his own daughter, insults and mocks Shylock for his religion. His "hath not a Jew eyes?" speech is one of the most famous pleas for tolerance in classic literature.

Comic books are full of not-so-villainous villains. Nearly every major villain in comics has played the hero once or twice (and most of them have joined the Fantastic Four). But no villain is more ambiguous than Catwoman. She's usually a criminal, sure, but she's more of a jewel thief with a heart of gold than a mass-murdering supervillain, and she and Batman have their whole on-again, off-again thing.

Mrs. Coulter is the cold-hearted antagonist of The Golden Compass (and, as it turns out, the main character's mother). She's ruthless, manipulative, and responsible for surgically removing children's souls (she thinks she's doing the right thing... kinda). But, for all her villainy, she eventually chooses her daughter over the corrupt Church, and sacrifices herself to stop them in the end.

Yeah, yeah, Snape was also a villain who turned out to be OK, but there's enough Snape apology in this world already. Malfoy is a little snot, but he was raised by snotty parents. By the end of the series, he turns out to be more of a regretful coward than a wannabe Death Eater. And, if you've read Harry Potter and the Cursed Child, he grows up to be a snotty-but-well-meaning adult.

I'm pretty sure the only people who consider Frankie's Monster to be a real villain are people who haven't read Frankenstein by Mary Shelley. He's the chief antagonist, sure, and he wreaks destruction because he's a re-animated corpse who doesn't know what's going on. But he eventually learns kindness and French, and it turns out that the monster is an OK guy and Victor is a total deadbeat dad.

Only George R.R. Martin could make you start rooting for a guy who has sex with his sister and pushes a seven-year-old child out of a window. The Kingslayer is one messed-up dude, but A Song of Ice and Fire sees him go from cruel and callous to self-reflective and maybe a little bit noble. When he killed the king it was to save the city from destruction, after all. And he saves Brienne from that bear pit after he realizes that he's been a garbage person for the last fifteen years.

Specificually, Satan in Paradise Lost and similar literature. Milton's epic poem is perhaps best known for its nuanced portrayal of the Devil. It's the story of his fall from grace, painting Satan as more of a tragic hero than an outright villain. He has his flaws, sure (he is Satan), but he believes that he's rebelling against an unjust God, and Milton is sympathetic to his cause.