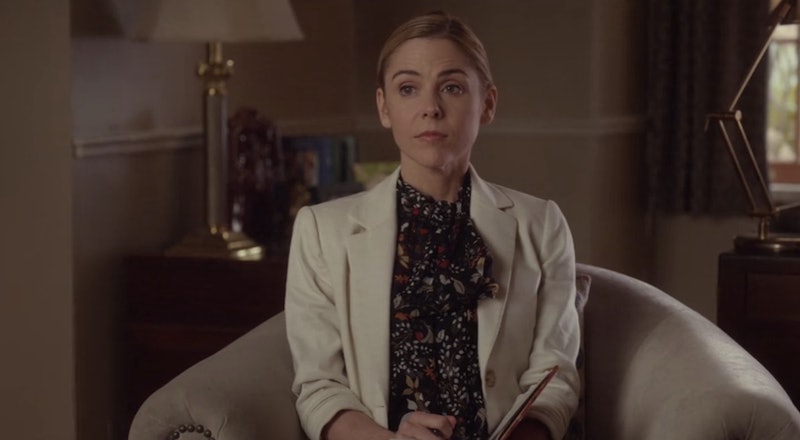 Though, for the most part, the Gilmore Girls revival on Netflix was about bringing familiar characters back to your screen, there were some fresh faces as well. One of the newcomers to the series was Kerry Butler who plays Claudia the therapist on Gilmore Girls. Mild revival SPOILERS ahead. After taking some advice from Lorelai, Emily seeks out a grief therapist to cope with her husband's loss. After a session, Claudia decides it's best to have both mother and daughter come in for weekly sessions. Things predictably don't go well between the pair, who spend most of their time sitting in silence or arguing, but making very little progress.

Eventually, Emily quits therapy all together but Lorelai sticks it out alone, which I have to say it probably a good idea. I think everyone should go to to therapy, but I especially think Lorelai should. Later on in the series viewers learn that Claudia is also a dancer and she tries out for the Stars Hollow musical. Quite the renaissance woman! But who is the actor behind the character? Kerry Butler has starred or guested in lots of things, and you likely know her face, even if you didn't know her name off the top of your head.

You may have caught her in shows like Elementary, One Life To Live, Lipstick Jungle, 30 Rock, The Mindy Project, and more. She's also an accomplished theater actor with a resumé that boasts Broadway hits like Hairspray, Little Shop Of Horrors, and Xanadu.

It's no surprise that she's good at dancing and singing since viewers saw a glimpse of her talent during her character's musical audition in the revival. It doesn't seem like she got the role unfortuantely, but at least she has her therapy career to fall back on.