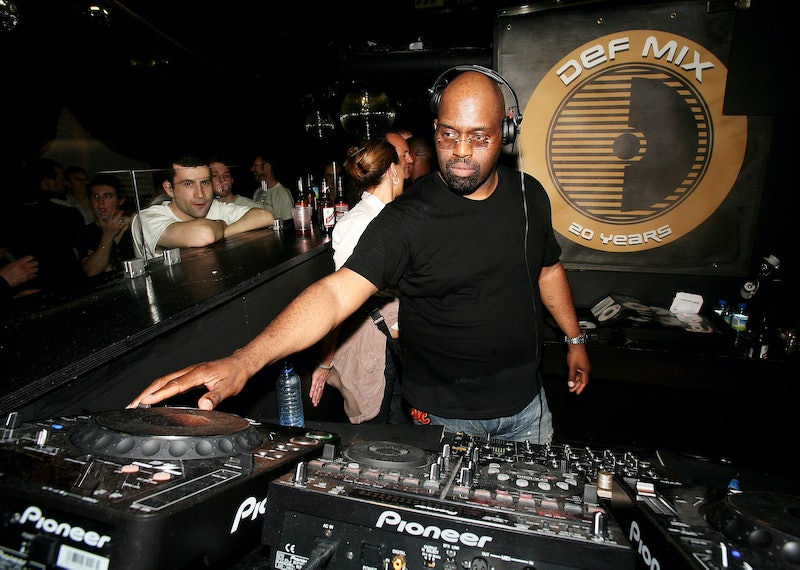 House music just lost a father in Frankie Knuckles, who died Monday night at the age of 59 (the cause is yet unknown). It's hard to understate his importance to the genre: he was resident DJ of Chicago club the Warehouse for many years, the club after which house music is named. The stretch of street where the club once stood is even named after Knuckles (by none other than a young Illinois senator named Barack Obama). Knuckles helped give birth to house music, which in turn gave birth to the wealth of electronic music we have today.

Even if you're not a fan of house music, its place in history as well as Knuckle's contributions to it are still incredibly meaningful. Electronic music today is often associated with bemuscled bros awaiting eagerly for a drop. But during house music's infancy in the late 1970s and early 1980s, it was a form of expression for young gay black and Latino men — the Warehouse was once a members-only club for mostly black gay men, until the popularity of Knuckle's sets forced them to abolish membership altogether. Hell, one of Knuckle's first DJ gigs was at a gay bathhouse.

While house music's roots lie in the culture of gay minorities, it was also the root of all modern electronic dance music. There's not a DJ or electronic musician alive today who hasn't been influenced by house music. So even big-name, young electronic musicians are smart enough to know what the death Frankie Knuckles means for them.

To the UK's hottest new artist in electronic music, the brothers of Disclosure:

Even down to moody deep house artist Octo Octa (Rain Falls is a Frankie Knuckles track):

Knuckles was a pioneer, a man who remixed tracks back when remixing meant working with razor blades and reel-to-reel tape instead of a software program. He was a man who defined house music, and by association, all the electronic music to come after it. So do yourself a favor and pay your respects by listening to his music (my recommendation: the early collaborations with singer Jamie Principle like "Your Love" and "Baby Wants to Ride").