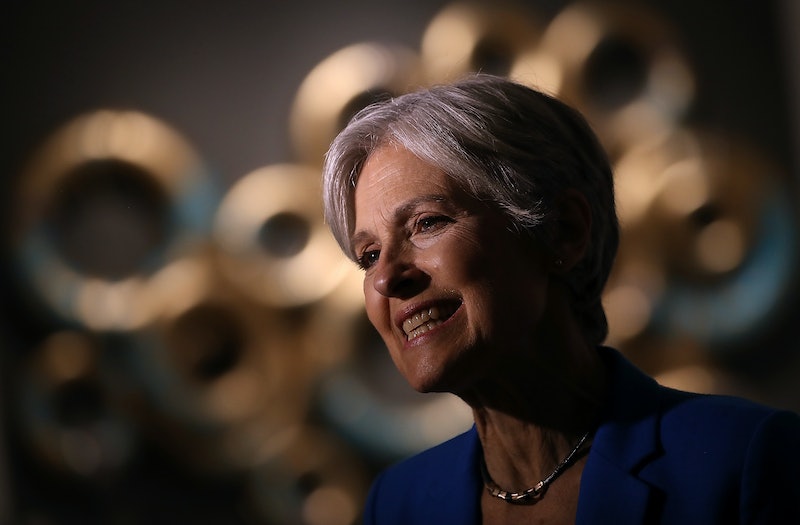 Thanks to Jill Stein and Rocky De La Fuente, the Wisconsin Election Commission will conduct a statewide recount of all votes for president, the Commission announced Friday. The two third-party presidential candidates have both submitted recount petitions, citing Donald Trump’s razor-thin margin of victory in the state, and Wisconsin will soon go forward with a recount of all 2.9 million votes cast statewide on election day. But how much does a vote recount in Wisconsin cost?

However, we can get a very rough idea of what the price tag might be by looking back at the last time Wisconsin conducted a statewide recount. That was in 2011, after a close election for a state Supreme Court seat, and the Associated Press pegged the cost of that recount at over $520,000. About half as many people voted in that election as did in 2016, which means there were half as many ballots to count; therefore, one could crudely estimate the cost of this year’s recount at $1.4 million — double the cost of the 2011 recount.

This could be an understatement, however: As the Commission notes, some counties in 2011 didn’t tell the AP how much their portion of the recount cost, so that $520,000 number is probably a bit lower than the total price tag of the recount. This suggests that $1.4 million, too, might be a bit too low. Perhaps we should just say, as the Milwaukee Journal-Sentinel did, that the cost of the recount could be upwards of $1 million, and leave it at that for now.

Trump won Wisconsin by a little over 20,000 votes on election day, a margin of about .06 percent. If the recount determined that Hillary Clinton actually won the state, that would give her 10 additional electoral votes; she lost the electoral college by 38 electoral votes, so flipping the results in Wisconsin alone wouldn’t be enough to hand her the presidency. For that to happen, several other states would have to flip as well — which is probably why Stein is also raising money to fund recounts in Michigan and Pennsylvania (Campaigns that request statewide recounts are responsible for footing the bill for those recounts).

It’s very unlikely that these efforts will make Clinton president. Trump received roughly 100,000 more votes than Clinton in Pennsylvania, Michigan and Wisconsin collectively, and all three states would have to overturn their election day results in order to make Clinton the electoral college winner. That's a tall order.

Still, crazier things have happened in 2016, so it would be unwise to rule anything out. If nothing else, this is a glimmer of hope for Clinton and her supporters, albeit a faint one.