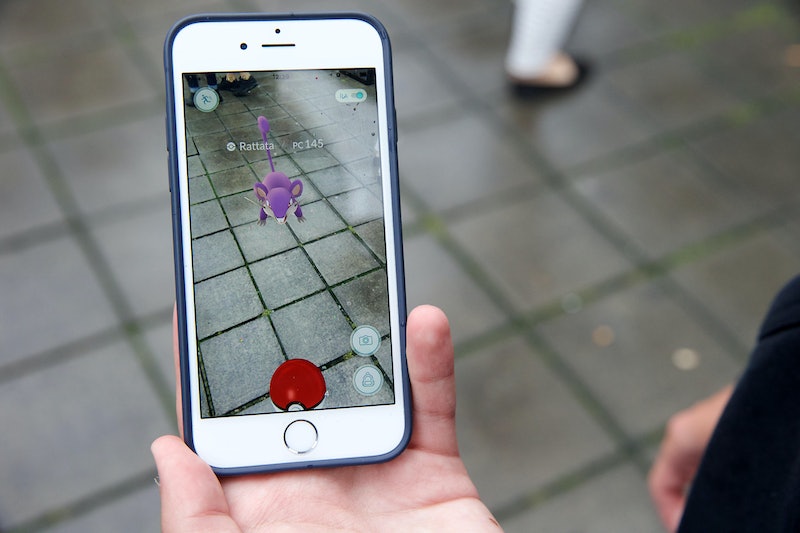 It's been nearly six months since "Pokemon Go" took over the world, and although interest may have slowed a tiny bit, it's also definitely still going strong — and with a rumor floating around that around 100 new Pokemon will be added soon, I'd be willing to bet that we're going to see a resurgence shortly. The rumored new Pokemon in "Pokemon Go" reportedly include both normal and legendary Pokemon... including (get excited) Mewtwo. Note, though, that these new Pokemon — and, indeed, whether or not there's actually an update forthcoming — hasn't been confirmed by "Pokemon Go" developer Niantic, Inc.; as such, take it all with a very large grain of salt. Bustle has reached out to Niantic for comment and will update if/when we hear back.

Update: Niantic has no official comment on the rumors.

Earlier: So, how did we discover that new Pokemon might be added soon? It turns out that computer programmers over at web scanner PokeVS who were playing around with the mobile app's software allegedly found new coding for 100 new Pokemon, according to VentureBeat. They also allegedly dug up some info on a few other new changes; in addition to the new Pokemon, for example, the next update its theorized to include the ability to trade Pokemon between players, player-versus-player battles, and raising your Pokemon. If all of the above is true, then this could be a literal game changer for "Pokemon Go" players everywhere.

At the moment, the only new Pokemon that has been confirmed by Niantic and released is Ditto, a shape-shifting pocket monster that disguises itself as another Pokemon and then reveals its true form after it has been caught. Personally, I have yet to encounter a Ditto during my Pokemon Go outings, but knowing they're out there definitely motivates me to keep catching all the Pokemon I can find, just in case. (Yes, even Pidgeys and Rattatas.)

As a "Pokemon Go" enthusiast, I'd say it's about time for some new updates. There were about 150 available Pokemon to catch in the game, which relies on augmented reality, back when it was released in July of 2016. Few people have caught all 150 Pokemon, but it'll be refreshing to see some new critters pop up in the game nevertheless.

Even though I mainly grew up with the first generation of Pokemon, it'll be fun to familiarize myself with these new Pokemon. It's safe to say that I don't recognize most of them. Espeon? Ho oh? Yep, these definitely came after I stopped watching the show.

According to Venturebeat, here are the 102 new Pokemon that will hopefully get added to "Pokemon Go" in the near future:

Whew. That's a lot of exciting new Pokemon! There is still a lot that we don't know, including exactly if or when these Pokemon will be released and whether or not they'll be released all at once. But I'm willing to wait as long as it takes before the new Pokemon (along with the rest of the updates) get incorporated into the game. Until then, I'll happily keep searching for Ditto.