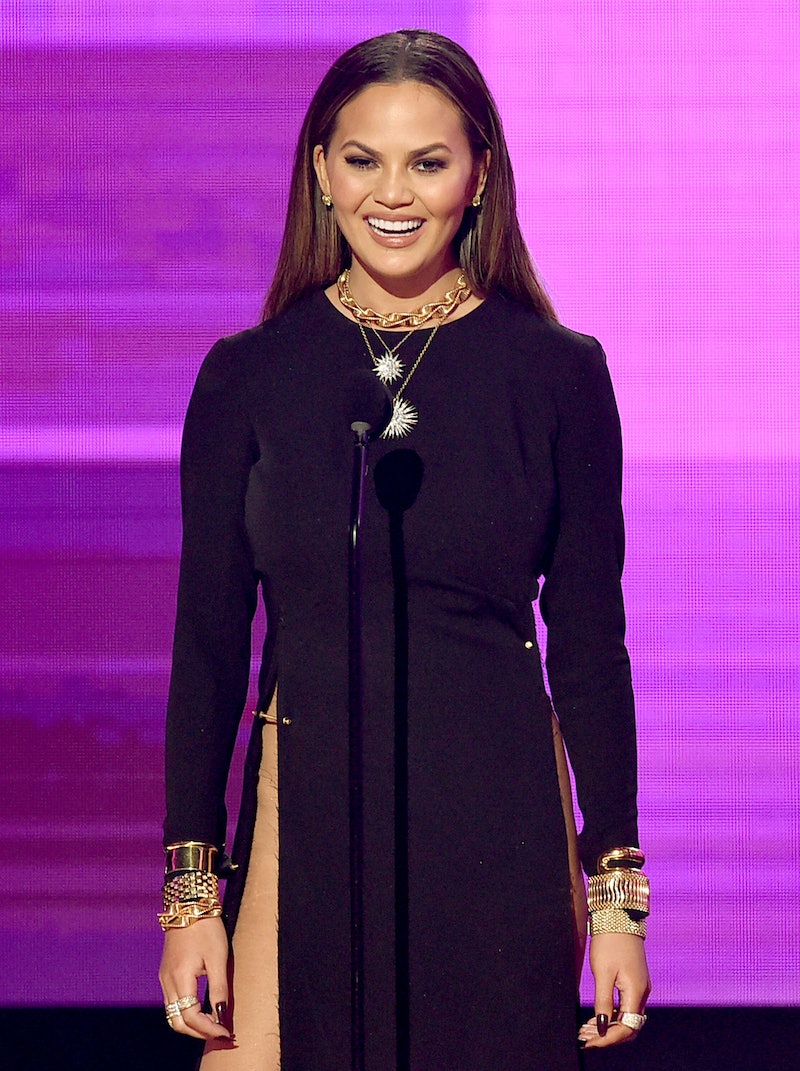 I can't exactly say that I missed Chrissy Teigen, being that I never actually lost her witty, 140 character musings. I was one of the chosen few who were grandfathered in to her elite "Twitter group" before she locked her account (aka I just already followed her before she went private). But for those of you not as fortunate as I, you'll be glad to know that Chrissy Teigen's Twitter is public once again. While her break having being a public account was entirely warranted, it is nice to see her get back to what she's better at than anyone else at on the app: telling it like it is. Case in point, Teigen has been conversing with her followers and answering their hard hitting questions. Like, you know, the proper way for an animal to wear jeans.

That's not to say the model hasn't fought some tough battles since being back, either. On Tuesday, Teigen got into a scathing feud with a fellow Twitter user named Debbie. What did the feud entail? Well, mostly just telling each other to "shut up" in a thread of tweets. It was a duel to be remembered, as even Teigen herself noted, "Have you ever seen a more epic feud?" To which I must answer, "No, Chrissy, I truly have not."

Despite the unsavory heckler here or there, Teigen's return to full-on Twitter exposure has mostly been a lot of fun. Her matter-of-fact, pull no punches attitude is always welcome in a social media vortex of weirdness, embellishment, and untruths. And after not having her on the main stage for a little bit that sarcastic realness is better than ever. Even just the normal pop culture conversations are a treat, too.

For Instance, Chrissy Has A+ Opinions On Black Mirror

And She's Not About Dog Body Shaming

The dude then thanked her for her honesty. See? Social media exchanges can be polite.

TBH, that nightgown looks comfy. Do you, Luna.

Her Celeb Interactions Are Top Notch

Ain't no trolls going to deter her from speaking her mind.

In Fact, She Has A Real Plan To Save The World

Now That She's Public, You Can Treat Yourself To An Impromptu Cooking Show

And Her Jokes Always Warrant A Chuckle Or Two

Which is a nice reprieve from the horrors of the rest of the internet, isn't it?

Welcome back, Chrissy. Although, you were technically never gone... ish.