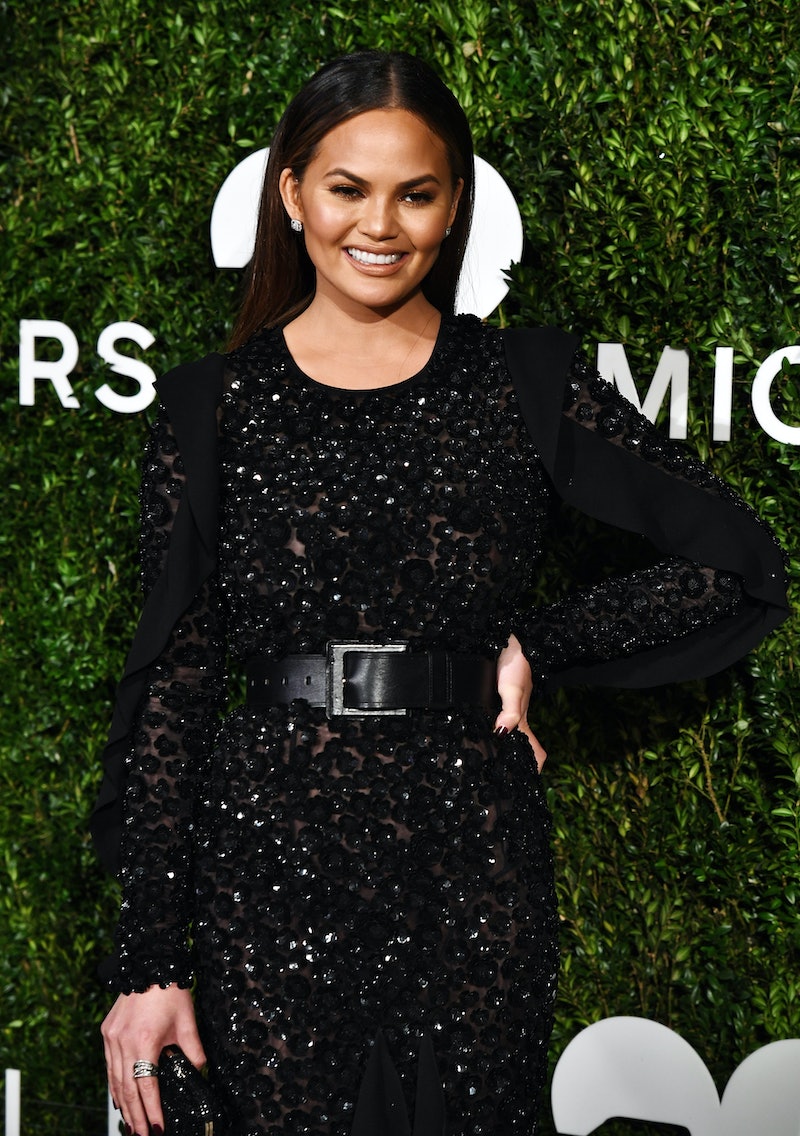 I have been following my one, true social media life coach for years now, so I didn't immediately notice when Chrissy Teigen protected her tweets. Because, you know, as someone who already followed her I was still reaping the benefits of her hilarious tweets regardless. When it was brought to my attention that the bold and seemingly fearless model did, in fact, take a step back, I was actually kind of surprised. Not because she isn't allowed to take a breather — she totally is and she has before — I was mainly surprised because Teigen always seems so unaffected by the haters, trolls, and naysayers. At the Forbes Under 30 Summit in Boston, though, Teigen talked about making her Twitter protected and explained that, contrary to popular belief, she actually does care what people think.

Despite being famous, successful, and impossibly witty in her social media comebacks, Teigen has a limit on how much hate she can handle, whether she's personally targeted or not, just like the rest of us. And while she doesn't need to explain herself or her motives about making her tweets protected, she still opened up about her personal decision that she obviously knows many are wondering about.

She continued, "I love that everybody's like Chrissy's so great because she gives no f*cks. I'm like, 'I give so many f*cks.' I care so much about what people think and I want them to like me. And I think it's a great thing to want people to like you, and I don't want to be, like, the bad b*tch."

Teigen went on to explain another issue she faced with her social media use: How unbearable the hearsay is for her when whatever discussion she she gets into on Twitter gets magnified tenfold in the media.

"I want people to understand my sense of humor and my point of view and sometimes, like with the Kim [Kardashian] stuff... It's always fine on Twitter for people to follow me, but then when it goes to like a different outlet or something and it's a little bit more blown up, I can't stand that," she explained. "It's horrible. And I read everything, so that's my fault. No one else's fault but my own. I just was exhausted with it, and I will tell you the grass is so green. There's like puppies bounding on private. Go private!" She later added, "Once Hillary wins I'll open it back up."

It's clear that Teigen is just as humorous, self-deprecating, and self-aware as ever. We could all use a little breather every once in a while and it's nice to know that even those we see as the most confident and strongest willed among us are vulnerable to social media fatigue, too.