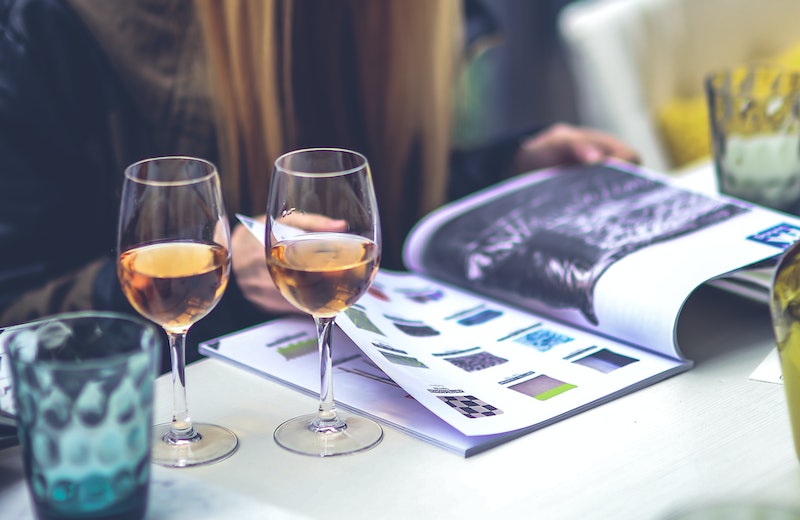 If your family is stressing you out over the holidays, you may want avoid the boozy eggnog this year, according to a new study out of the University of Pennsylvania examining what drinking while you're stressed does to your brain. Published in the journal Neuron, it offers some compelling evidence that, while throwing back a few after a hard day may feel good in the moment, it might not be offering the level of relief you think it is.

It probably won't come as a surprise to learn that we tend to over-imbibe when we're stressed out. (Just flip through some of my old office holiday party photos for proof.) However, few studies have delved into why exactly this happens. So, U Penn's researchers used a rat model to gain insight into the brain chemistry involved, as well as the possible human parallels. (Believe it or not, mice and humans have quite a few things in common).

To examine the connection between stress and alcohol, the researchers first exposed the rats to acute stress for one hour. After a period of 15 hours, the rats were giving access to sugar water mixed with ethanol (a tasty rat cocktail). Researchers then measured the amount of "cocktail" the rats consumed.

Not only did the rats who were exposed to the stressful situation voluntarily drink significantly more of the alcoholic mixture than the control group, but what's more, they continued to do so for several weeks after the initial experience. So what could be the cause for this rodent bender?

According to a press release, researchers found that "rodents that had been exposed to stress had a weakened alcohol-induced dopamine response, and voluntarily drank more alcohol compared to controls." The stress had blunted their natural pleasure response, and when the alcohol failed to trigger the reward center in the expected way, the rats continued to drink. This could explain why having a relaxing drink with friends is fun, but boozing it up when you're upset is rarely pleasurable (and sometimes tends to end in the an unpleasant crying-in-the-bathroom episode).

On closer examination, researchers found that a cocktail of stress and alcohol even changed the rats' brains' reward circuity, with the stressful experience seemingly overriding certain neurons' behavior. Neurons that would usually inhibit the rats from continuing to drink flipped with the introduction of the ethanol, and became "excitatory," prompting them to drink more instead (a normal dopamine response will already do this to some degree). When researchers gave the rats a chemical that reduced the effects of the stress, reinstating their normal reward circuity, the rats drank less.

This study could have major implications for treatment of addiction and PTSD. “The stress response evolved to protect us, but addictive drugs use those mechanisms and trick our brains to keep us coming back for more,” co-author of the study John Dani, PhD, said in a press release. “This line of research has implications for people with PTSD who have an increased risk for over-use of alcohol and drugs."

The study also offers some good ol' advice for the high-pressure holidays. I know it doesn't sound fun, but under stress, stick to sparkling water.