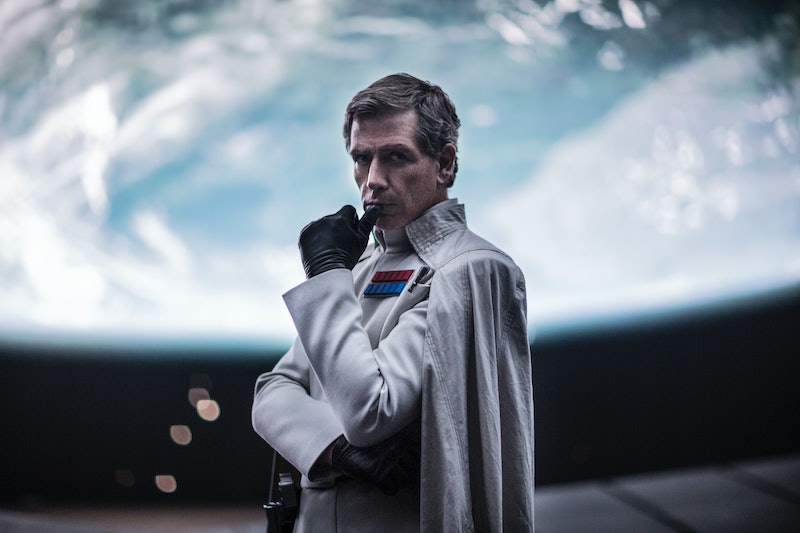 There's quite enough gatekeeping in geek fandom, so I'm never going to tell anyone to put off seeing any Star Wars movie. But as someone who's personally fussy about canon, I also empathize with the compulsion to access things in the correct order. With a four-decades-old franchise like Star Wars, the barrier to entry might seem awfully high for new fans. Fortunately, the next installment out in theaters is Rogue One: A Star Wars Story , premiering Dec. 16. And for all you busy and non-committal newbies out there, this is very good news. You don't have to have seen every Star Wars movie to understand Rogue One.

Even Star Wars purists know it: the timeline is all over the place anyway. In 1977, the first Star Wars movie came out. But it carried the subtitle Episode IV: A New Hope. Episode V: The Empire Strikes Back followed in 1980. And Episode VI: Return Of The Jedi wrapped up the original trilogy in 1983. So essentially, the first three Star Wars films joined an epic already in progress. Those movies recount the successful rebellion a ragtag army wages against the oppressive Galactic Empire. Your heroes — as you probably know — are Luke Skywalker (Mark Hamill), Princess Leia (Carrie Fisher), and Han Solo (Harrison Ford); the main baddie is baritone Sith Lord Darth Vader. Star Wars explores dark and light, good and evil, Fascism and democracy — all that good stuff.

In 1999, the Star Wars universe circled back to those as-yet unseen first three chapters. The Phantom Menace, The Attack Of The Clones, and The Revenge Of The Sith chronicle the origin story of Darth Vader and the formation of the Empire and are far less beloved than the original films. The franchise fared better last year with a new sequel, Star Wars: The Force Awakens. Considered to be the seventh episode, The Force Awakens introduces new characters and brings back Hamill, Fisher, and Ford to reprise their famous roles.

Episode VIII is currently in production. So what episode does that make Rogue One? The answer is Episode Nada. Rogue One is the first standalone film in the Star Wars universe. That doesn't mean that it's not connected to the universe by plot and character, just that it's separate from any of the finished and planned trilogies. As far as the timeline is concerned, Rogue One falls between the prequels and the original films. In A New Hope, Princess Leia smuggles the plans for the Empire's new, all-powerful battle station to her rebel compatriots via a droid. Rogue One will show audiences how those plans were obtained. And it wasn't easy, apparently. Actor Riz Ahmed plays rebel operative Bodhi Rook in Rogue One and told Variety the film plays more like "a war movie" than the rest of the series.

Keep in mind when you see a Rogue One trailer that those characters — an ensemble filled out with actors like Felicity Jones, Diego Luna, Mads Mikkelsen, Ben Mendelsohn, and Forest Whitaker — aren't just new to you. Rogue One is reaching back further than the original movies, even before the core good-guy trilogy meets up. The heroes of this film are different. (One villain, on the other hand...) And frankly, it's time these brave folks get their cinematic due for performing such a thankless task.

I'm certain that Rogue One will pay tribute to the Star Wars universe as it stands. But those references won't be a block to understanding. So buy your ticket and walk in a proud newbie. Welcome to Star Wars.

More like this
15 Romantic Movies On Netflix That Are Perfect For Snuggling Up On The Couch
By Rachel Simon and Grace Wehniainen
'Elvis,' 'Walk The Line' & 10 Other Movies Where The Actors Actually Sing
By Radhika Menon
15 Intriguing Movies On Netflix That Are Based On True Events
By Mary Kate McGrath, Shannon Barbour and Grace Wehniainen
Everything To Know About Obi-Wan Kenobi Season 2
By Kadin Burnett
Get Even More From Bustle — Sign Up For The Newsletter