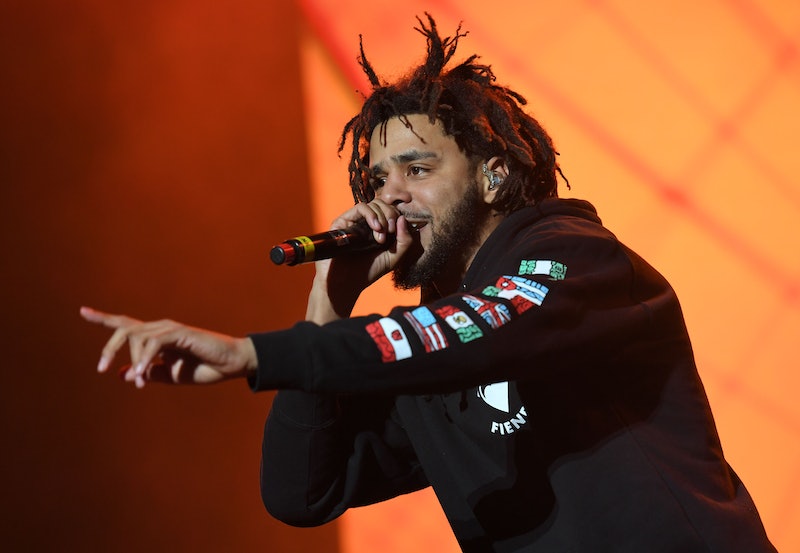 At this point, surprise albums shouldn’t be all that shocking. Drake, Beyoncé, and Radiohead are just some of the heavyweight names that have popped up with impromptu records, scrapping the months-long lead-ups that often trail new projects. This year alone has already seen the release of Beyoncé’s internet-breaking Lemonade and Frank Ocean’s long-awaited Blonde, but another star may soon be joining the ring. So, is J. Cole releasing a surprise album?

The rapper has yet to confirm or deny the news, but reports have been swirling online that he’ll put out his fourth LP next week. The collection is supposedly titled 4 Your Eyez Only and is due out Dec. 9. Thus far, all signs point to a sure bet: a pretty official-looking pre-order has arrived on iTunes, complete with cover art and 10 unnamed tracks. It’s also not the first time J. Cole has unleashed a surprise record. The alleged release date for 4 Your Eyez Only marks the second anniversary of his third studio effort, 2014 Forest Hills Drive, which he also unveiled sans lead single or marketing. Nonetheless, it reached double platinum and raked in widespread buzz, so it’s clearly a strategy that works for him.

The only hiccup is that it follows an ill-timed announcement. While performing at Meadows Fest in New York only two months ago, J. Cole revealed it would be his last set for “a very long time.” It’s odd that a musician would drop a major project without any supporting tour dates, but it’s certainly not impossible. Frank Ocean, perhaps one the industry’s most enigmatic artists, hasn’t put on a stateside show since 2014, and has only confirmed a handful of stops since unveiling Blonde in August. Lady Gaga, too, has pulled back from the road. She put on a brief string of dive bar shows earlier this fall, but has since been quiet about any concerts for the freshly released Joanne .

At least J. Cole will be in good company if he decides against touring for the rumored 4 Your Eyez Only. Music is a fickle business, so it’s hard to jump the gun without a direct confirmation, but, if everything goes according to plan, it looks like we’ll be getting new J. Cole a lot sooner than we thought.