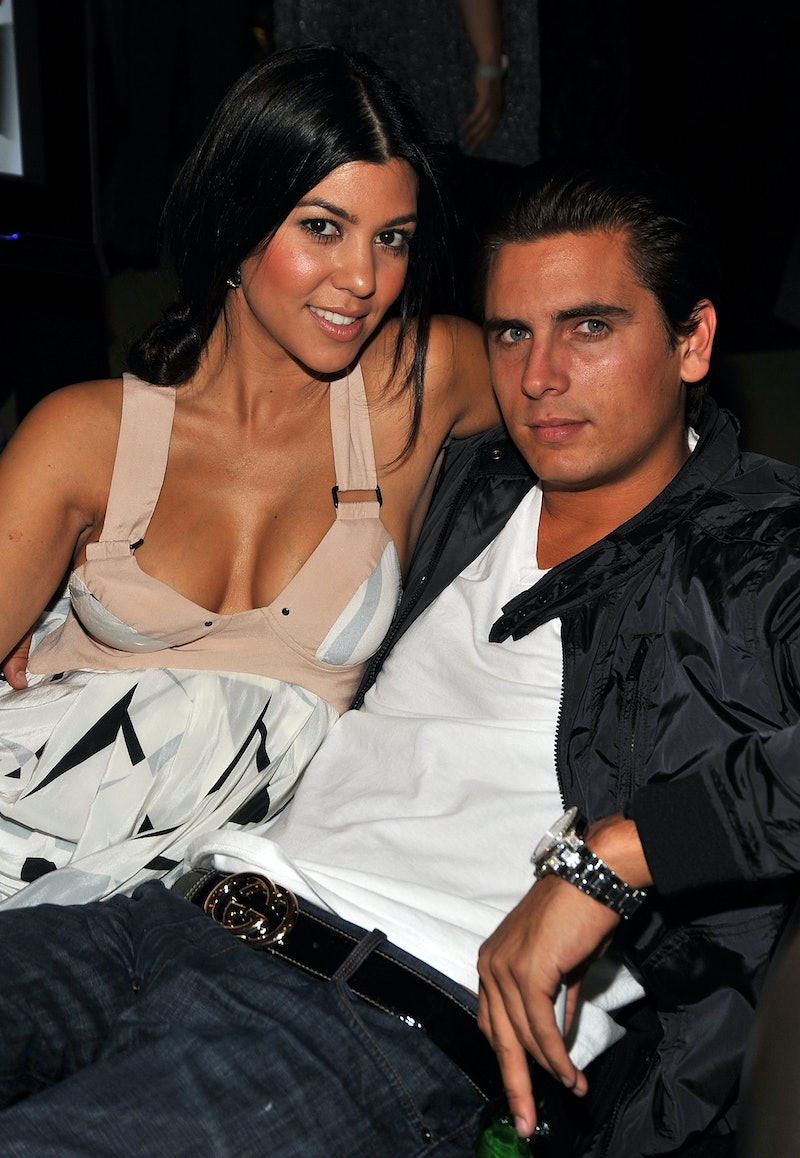 Have you heard the news? Reportedly, Kourtney Kardashian and Scott Disick are back together. I know that incites a variety of feelings in Keeping Up With The Kardashians fans, but I am here to argue one specific point I believe to be true: Kardashian and Disick getting back together could really be a good thing. That is, of course, dependent on a few very vital conditions, because it's obvious what was going on before wasn't exactly working.

Whether you have a soft spot for Disick or not, you have to at least admit that there is a lot of love there between the two parents. They've been together for what seems like a lifetime and that wasn't out of duty or obligation (plus, they never married). The two just happen to really dig each other, despite their marked differences. Regardless of how you may feel about reality TV and just how "real" it all is, I don't think you can deny that there was, and still is, an undeniable connection and chemistry the two shared. Even with editing and dramatic moments being heightened for the sake of good television, their true feelings always shone through.

So, based on what we know about the love they ahve for each other, Kardashian and Disick (do they have a couple name?) getting back together could be a good thing if (and that is a big "if") Disick has gotten his life together and Kardashian is more open and communicative.

To tackle things on her end first, it can be argued that while Disick is by no means innocent, on KUWTK she was shown as being closed off to him and that kind of distance can drive a further wedge into an already shaky relationship. I mean, in 2014, as per Us Weekly, Kardashian said on the show that she needed more space, and Disick replied, "How much more space do you need? We haven't slept together in five years." A couple's romantic or sexual life is up to them, but it was clear that Disick felt she was closed off to him in general. If she's come to a place where she feels she can be open with him again, well then, that's a hopeful, huge step forward.

Back to Disick, as Kris Jenner lays out to him in the video below, all Kardashian wants for him is to "be a good person and a great dad," and more importantly, "to do it first for yourself, and then for your kids, and then for her."

I mean, it is no secret that his stints in rehab and his much talked about partying were a factor in his and Kardashian's breakup. In fact, in an October episode of KUWTK there were concerns that he would start partying again because he was doing nightclub appearances.

But, if he's made a definite change and proven himself, I can see his reunion with Kardashian as a positive, fresh start for them. Mainly because I do think they have a lot of love between them and because neither person has really moved on from the other with someone else. At least, no one lasting or permanent. And deep down I'm a hopeless romantic, and you know what they say about letting the one you love go and if they come back...

Actually, speaking of "coming back" it's not like Disick and Kardashian were estranged. The Lord was not only seen hanging with the Kardashians and their crew, Kourtney included, but even attending family events, like birthday parties and holiday celebrations. On the show, he was also seen going on a ski vacation with the family.

If Disick did heed his ex-partner's advice and better himself, and in effect, it made him a better father and partner, well then, it's a win-win.