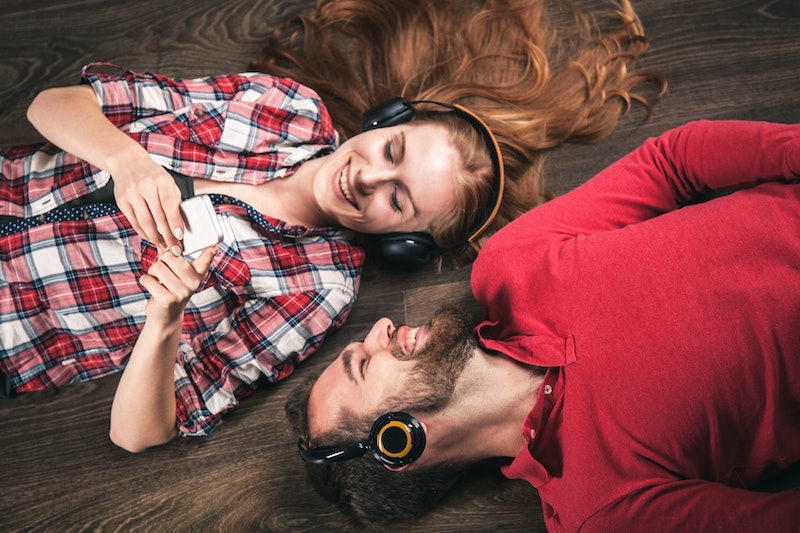 I don’t know about you, but I’m ~addicted~ to Spotify, especially when it comes to using it on my phone (i.e., it’s the perfect road trip buddy). Now, Spotify released the most popular sex songs, as part of its annual global list, “2016 Wrapped.” The list reveals artists and songs that were the most popular with music fans in the U.S. and around the world this past year.

How were the sex songs determined? Spotify looked at the top songs by mood, i.e., those trying to get in “the mood.” Any guesses as to who made the top 10? If Rihanna and Drake were among your guesses, you win. Fun-yet-not-too-surprising-fact: For the second year in a row, Drake is Spotify’s most streamed artist, with over 4.7 billion streams this year (versus his 1.8 billion streams last year). He’s also the most streamed artist of all time on Spotify, with over 8.7 billion streams. Can you imagine that many people streaming your music?!

Rihanna came in as Spotify’s most streamed female artist of 2016, with over 2.5 billion streams. Overall, she came in third as far as the top five artists of 2016, with Justin Bieber coming between Rihanna and Drake — so to speak.

You can check out even more of Spotify’s top hits of 2016 here, such as “Top Female Artists of 2016” and lists categorized by genre. Sometimes, a song can convey how we’re feeling way better than our own words, amirite?