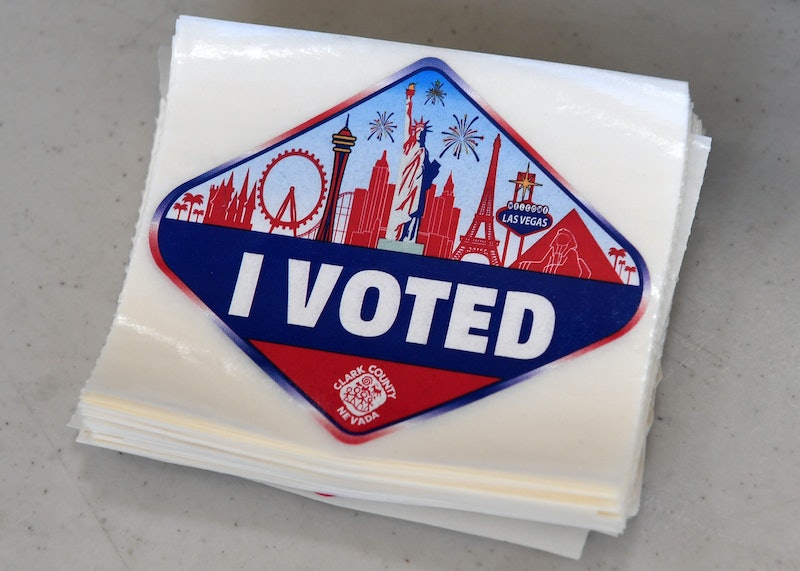 The final month of 2016 is upon us, and the tumultuous, painful presidential election is now firmly in the rear-view mirror. But, thanks in large part to Green Party presidential candidate Jill Stein, there are still recounts happening in some crucial swing states. But what about the Silver State? Will Nevada have a recount too, or is the vote tally final?

The answer, at least as far a full state recount is concerned, is yet to be determined. But recounts in a number of Nevada counties ― Douglas County, Mineral County, Clark County, Carson Country, and Nye County to be specific ― are already underway, a result of Reform Party presidential nominee Rocky de la Fuente's filing, along with the payment of a $14,000 fee for the resulting expenses, as the Associated Press detailed this week.

If those recounts end up revealing a discrepancy of more than 1 percent for either de la Fuente or Clinton, according to Nevada's Deputy Secretary of State for Elections, then a full statewide recount would be triggered. According to the AP report, de la Fuente filed for the recount in order to "counterbalance" Stein's efforts, potentially forcing a complete recount in a state in which Clinton has been declared the winner, rather than Trump.

So, what does this mean in real terms? Likely nothing, given the narrow margins by which recounts historically overturn, and considering that Clinton carried the state by more than 25,000 votes. Simply put, even if the state held a full recount, flipping that many votes would be massively unlikely. Furthermore, the only outcome of note would be if the recount somehow tipped the state to Trump, rather than Clinton, and even that wouldn't change the outcome of the race ― Trump already won the Electoral College, which is the reason he's the president-elect.

Even though it's undeniably an interesting subplot right now ― albeit less interesting, perhaps, than the similarly far-fetched Stein recounts which are being pushed in actual swing states ― the recounts in Nevada are unlikely to have any pronounced impact on the race, even if they got to the statewide level.

If you're a progressive, or simply someone concerned with what the election of Trump means for the United States, as tempting as getting sucked into recount news may be, there are more valuable things you could be doing right now, from supporting the Democratic Senate candidate in Louisiana, to contacting members of Congress to oppose some of his radical cabinet appointments.