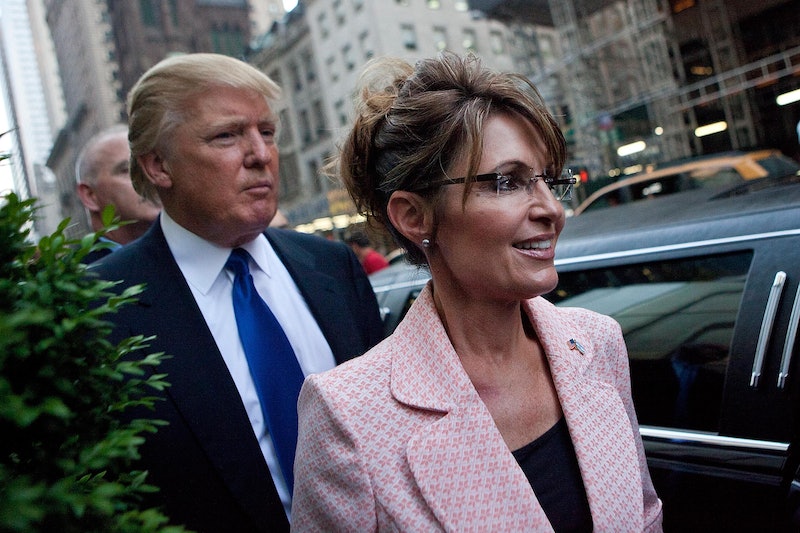 Carrier, an air-conditioning and heating equipment manufacturer owned by defense contractor United Technologies, announced Nov. 29 they'd negotiated a deal with Trump that would keep roughly 1,000 jobs in Indiana. While the terms of the deal have not been made completely public, Carrier said it had been swayed by "the incentives offered by the state" in a statement released Nov. 30. According to Fortune, those "incentives" include $7 million a year in tax incentives (paid for an unknown period of time). Fueling further controversy are reports Trump allegedly leveraged United Technologies' federal contracts in negotiating the deal.

Yet the deal has drawn mixed reactions. As many on the right applaud the deal as an accomplishment, there have been many on the left quick to express their skepticism. But one critic comes as more of a surprise than others. Palin, who is reportedly being considered as a candidate for secretary of Veteran Affairs, has come forward to voice concern and skepticism about the deal.

In an op-ed published Friday by the Young Conservatives, Palin (who notes the terms of Trump's deal with Carrier remain unclear) condemns a deal that sees "politicians picking and choosing recipients of corporate welfare" as "a hallmark of corruption" and "socialism."

"When government steps in arbitrarily with individual subsidies, favoring one business over others, it sets inconsistent, unfair, illogical precedent," Palin wrote. "Meanwhile, the invisible hand that best orchestrates a free people’s free enterprise system gets amputated. Then, special interests creep in and manipulate markets."

Palin stressed the value of a free market economy and warned against the precedents a deal "cut by leveraging taxpayer interests" might set. "Political intrusion, using a stick or carrot to bribe or force one individual business to do what politicians insist, versus establishing policy incentivizing our ENTIRE [sic] ethical economic engine to roar back to life, isn't the answer," she wrote. "Cajole only chosen ones on Main St. or Wall St. and watch lines stretch from Washington to Alaska full of businesses threatening to bail unless taxpayers pony up."

At one point Palin seemed to be writing directly to Trump. "We support competition on a level playing field, remember? Because we know special interest crony capitalism is one big fail. However well meaning, burdensome federal government imposition is never the solution. Never. Not in our homes, not in our schools, not in churches, not in businesses."